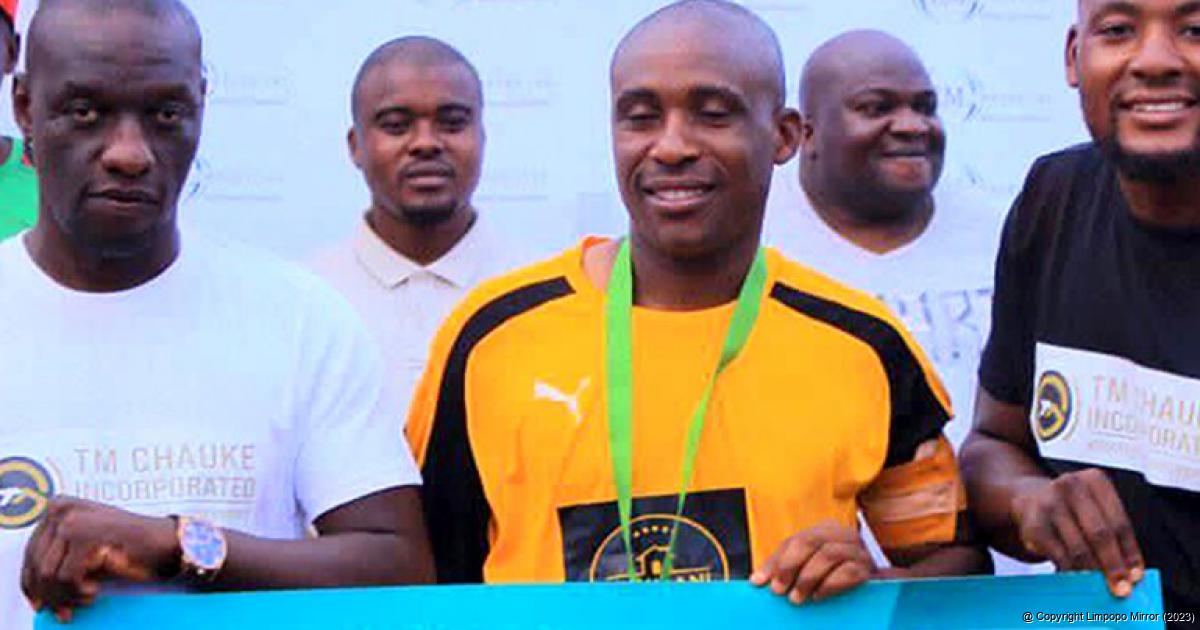 The captain of Mandla Kulova FC, Jabu Chauke, displays his team's cheque. He is flanked by Mr Nyiko Hlungwani (left) and Solomon Tembe, both from one of the sponsors, TM Chauke Attorneys.

Mandla Kulova FC are still in a joyous mood after they were crowned the Zama Zama Soccer Challenge champions at the Homu Grounds outside Giyani. Mandla Kulova came back from a 0-2 deficit to beat Ngove Masipala FC 3-2 in the final.

The team from Dzingidzingi village was presented with a cash prize of R50 000, gold medals, a soccer kit and a floating trophy during a ceremony held at the grounds shortly after the final in December.

Ngove Masipala took home R25 000, silver medals and soccer kit. Teams booted out of the tournament in the semi-final stage, Gawula Academy and Mtititi Squad, were each presented with R10 000 during the ceremony.

First Touch Academy were the champions in the ladies soccer category. The Polokwane-based side beat Maindis Ladies 5-4 in the final to lift the trophy. The winner was determined through penalty shootout as no goal was seen during regulation time. First Touch received R12 000, gold medals and a floating trophy during the ceremony. Maindis Ladies became R6 000 richer, apart from the silver medals they were presented with.

According to one of the organisers for the tournament, Mr Victor Hlungwani, the scouts from different GladAfrica Championship and DStv Premiership clubs were part of the spectators who watched all the games. Mr Hlungwani revealed that six players who were playing in the tournament had secured employment contracts with the GladAfrica Championship clubs. The players who impressed the scouts during the tournament are Rover Hlungwani (Venda Football Academy), Mhluri Mabunda and Muxe Chavalala (Black Leopards), Andy Mathebula and Marvelous Shilenge (TS Sporting) and Sthembiso Dube (University of Pretoria FC).