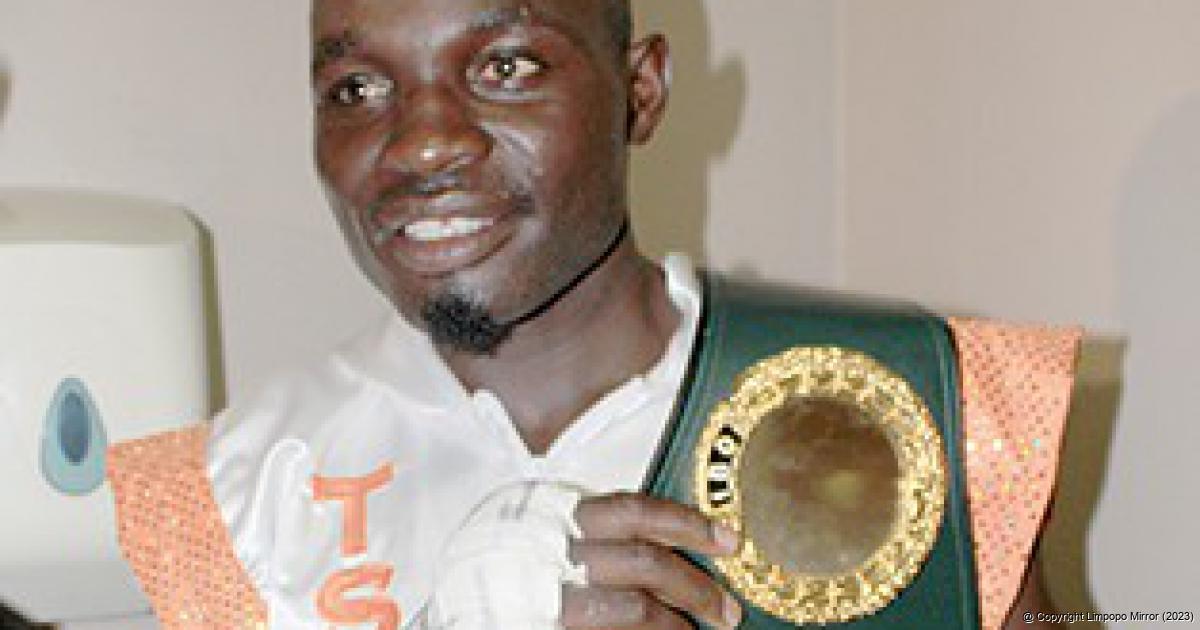 Former IBO champion Tsiko Mulovhedi will be up against Bonke Duku  on Sunday. Photo: Godfrey Mandiwana.

The former South African and International Boxing Organization (IBO) welterweight champion, Tsiko “Cruel Junior” Mulovhedzi, will be in action again on Sunday. The Sibasa-based boxer will come up against Bonke Duku of Orlando in an eight-round welterweight fight to be held at the Vodaworld ring in Midrand.

Local boxing analysts say that Mulovhedzi must win this fight if he wants to redeem his already tarnishing image.

Speaking from his gym in Meadowlands, his trainer Charrit Mukondeleli told Limpopo Mirror that Mulovhedzi was more than ready for the fight, having started with preparations back in September this year. “If Cruel Junior wins the fight, it will pave the way for him to go and challenge Thulani Mbeje of the Eastern Cape, who is the current welterweight champion in South Africa,” said Mukondeleli.

Mulovhedzi became the IBO welterweight champion in 2015 when he knocked out Ali Funeka during a bout in East London. He defended the title in April 2016 against Jesus Gurrola of Mexico.

In 2017, Mulovhedzi parted ways with his promoter, Ayanda Matiti, after the IBO stripped him of his welterweight title for not defending the title within the stipulated time. He was given nine months to defend the title but failed to do so.