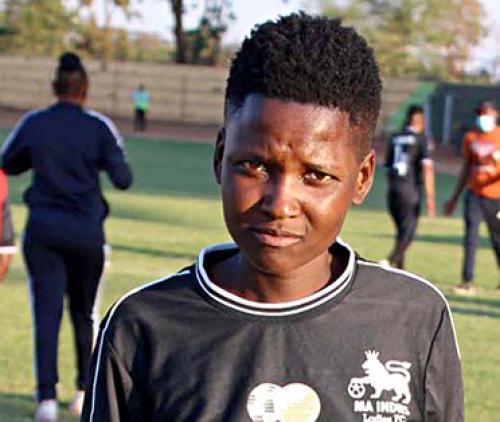 Another tricky hurdle ahead for Maindis Ladies

The fight for the league championship and to escape the relegation axe at the end of the season will continue among the teams affiliated to the Hollywood Bets Super League this weekend. Most of the matches will be played on Saturday, while only one will be seen on Sunday afternoon.

After suffering a 0-3 defeat at the hands of University of Western Cape FC last Saturday, Maindis Ladies have another mountain to climb this weekend. They will host Tshwane University of Technology FC (TUT) at the Giyani Stadium on Saturday.

Although they will be playing in front of their home crowd, collecting the maximum points will be no easy thing for Maindis. TUT are currently closely contesting for the league title. They are lying in the second position on the log standings. TUT had lost only three of the 21 matches they had played to date.

According to the head coach for Manidis, Ms Rhulani Mathebula, they had put last weekend’s defeat against UWC FC at the back of their minds. The TUT strikers will have to double their efforts to break the defence of Maindis, which is normally marshalled by Dolly Mnisi and the team’s captain, Xiluva Tshabalala.

Bloemfontein Celtic will entertain Durban Ladies FC at the Free State Stadium in Bloemfontein. Celtic are still fresh from a 1-0 victory over First Touch Academy at Seshego Stadium in Polokwane last Saturday. First Touch Academy will play their second home match in a row. They will have a date with Coal City Wizards at the Seshego Stadium. Coal City Wizards are one of the relegation candidates. They are perched in the third spot from the bottom of the log.

University of Johannesburg will be visitors to JVW FC at the Tsakane Stadium in Johannesburg.  Richmond United will host Thunderbirds Ladies at the Galeshewe Stadium in Kimberly. The only match that will be played on Sunday will be between Golden Ladies and UWC FC at the Mahikeng Stadium in the North-West.