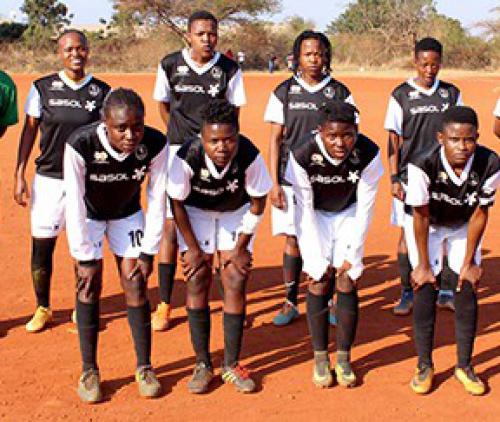 Lacoste Morning Stars are leaving no stone unturned in their preparations for their Sasol Women’s League promotional play-off match.  The Stars from Shayandima had completed their league programme on top of Stream B. They will play against the Stream A champions, Copper Belts FC, to determine the team that will represent the province in the national promotional play-offs.

According to the managing director of Morning Stars, Mr Emmanuel Mudau, his team have never stopped training after playing their last league match early last month. He said that keeping the players at the club house was an expensive exercise to him. He was forced to release the players who come from Gauteng to minimize the costs. According to him, all the local players travel from their respective homes to attend the team’s daily training sessions.

Mudau said that he would summon the Gauteng-based players to join their teammates at the training sessions as soon as they received the green light from the league. He said that they would use Copper Belts as their steppingstone to the national playoffs.

The national play-offs will be staged at the Mbombela Stadium in Nelspruit from 6 to 11 December. The best two teams in the play-offs will gain promotion to the elite league.