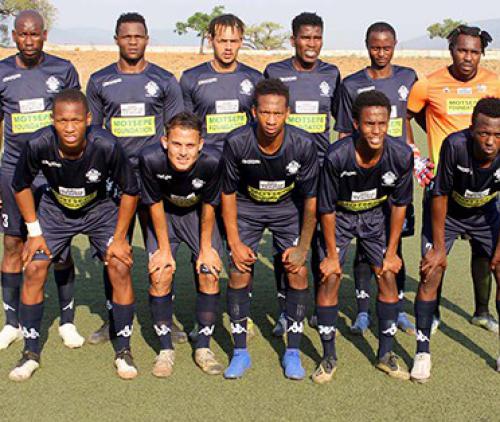 Who will be the provincial Nedbank Cup champions?

The provincial Nedbank Cup champions will be known on Saturday afternoon. The semi-final and final matches of this prestigious competition will be staged at the Old Peter Mokaba Stadium.

The group-stage matches were played at various venues throughout the province over the past weekend. Teams that had finished on top of their respective groups are: Ngwabe City Motors, Blackpool FC, Phinnet FC and Mikhado FC.

The opening match will be between Blackpool FC and Mikhado FC at 09:00. Mikhado beat Ablex United and Mpheni Home Defenders on their way to the semi-final stage. The winner in their game against Ablex United was determined through penalty shootout after a 1-1 draw at the end of regulation time. They crushed Mpheni Home Defenders 4-1 in their second group-stage match.

Mikhado will be without their right back, Piere Mpumelelo, when they face Blackpool. Mpumelelo was given his marching orders in their game against Mpheni Home Defenders at the Rabali Stadium last Saturday. The likes of Fusi Matlaba, Yanga Tenza and the team’s top goal scorer, Lungelo Bidi, will be expected to do the job in the absence of Mpumelelo. Bidi scored a hat trick when Mikhado beat Mpheni Home Defenders 4-1 in their group stage game.

Blackpool’s way to the provincial semis went via XI Fast Tigers and Emmanuel FC, whom they beat 2-1 and 1-0 respectively.

Phinnet FC and Ngwabe City Motors will meet in the second semi-final match, which is scheduled to start at 11:00. Phinnet beat The Dolphins FC and Mighty FC to secure a place in the semi-final stage, while City Motors had to beat Ditlou FC and Dennilton Callies to see themselves in the provincial semis.

The winners in the semi-final matches will meet at the same venue later in the afternoon. The Dolphins FC were the provincial champions last season.