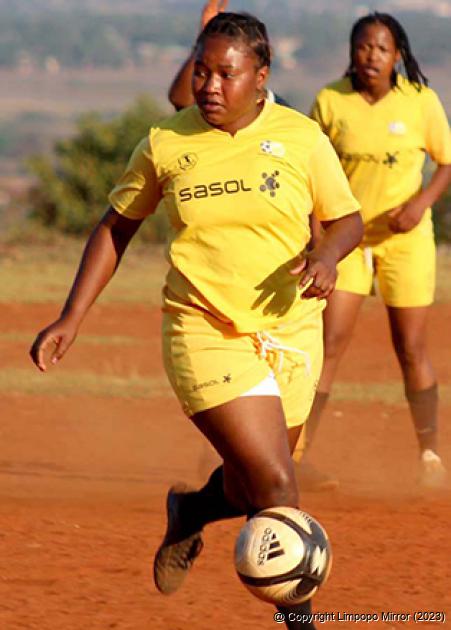 Lacoste Morning Stars reckon they are ready to demolish Sisters

After a break of two weeks, the teams affiliated to the Limpopo Stream of the Sasol Women’s League will conduct business as usual this weekend. All matches will be played on Saturday afternoon.

The Stream B pace setters, Lacoste Morning Stars, are gearing up for a home match against Sisters FC that will be played at the Shayandima School grounds. Morning Stars need only one point in their two remaining fixtures to secure a place in the promotional playoffs. They are leading the pack with 30 points, five ahead of Sisters FC.

Although Morning Stars need only one point in their last two league fixtures to book a place in the promotional playoffs, the team’s managing director, Mr Emmanuel Mudau, had revealed that their target was to win the two matches convincingly. “Our aim is to wrap up our league programme with a bang,” said Mr Mudau. Mr Mudau further stated that they had already started with their preparations for the promotional playoffs.

Morning Stars were playing against the Hollywood Bets Super League side, Maindis FC, at the Seshego Stadium in Polokwane on Wednesday as part of their preparations for the playoffs. The result of the match was not available at the time of our going to press.

University of Limpopo Ladies will pay a visit to Kanatla Ladies at the Mahwelereng Stadium in Mokopane. FC 50 Stars Ladies will be on the road again, paying a visit to Copper Belts at the Seshego Stadium. Capricorn Sports Development and Mandebele Happy Fighters will fight for league points at the Polokwane Cricket Stadium, while the match between Seven Stars Ladies and Skimzozo FC will be staged at the Old Peter Mokaba Stadium.