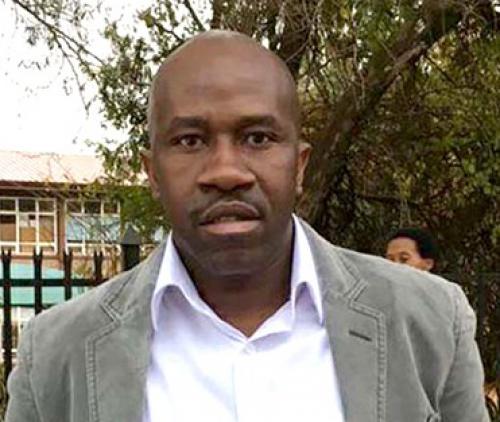 An extravaganza of soccer at Thohoyandou Stadium this weekend

The Thohoyandou Stadium will be a hive of activity this weekend. Four GladAfrica Championship League matches will be staged there within a space of five days. The first match to be staged there will be between Tshakhuma Tsha Madzivhandila (TTM) and Platinum City Rovers on Saturday afternoon.

Although City Rovers are the newcomers in the league, they have already proven beyond doubt that they really mean business. Rovers are still to drop a league point to date. They are shining on top of the log after winning all three matches they had played so far.

TTM’s interim communications and marketing manager, Livhuwani Madzuhe, was optimistic that they were going to change the Rovers’ fortunes on Saturday. “We are going to spoil the party,” he said. TTM are still in mourning, following their 0-2 defeat at the hands of JDR Stars at the Soshanguve Giant Stadium in Pretoria last Saturday.

Venda Football Academy (VFA) will host Polokwane City at the same venue on Sunday afternoon. Just like TTM, VFA and Polokwane City will be fighting with the aim to restore their pride after losing their matches last weekend. VFA lost 0-1 to Free State Stars at the Goble Park Stadium in Bethlehem, while Polokwane City failed to stop Platinum City Rovers, to whom they lost 1-2 at the Olën Park Stadium in Potchefstroom.

Black Leopards will visit Richards Bay FC at the Umhlatuze Sports Complex in Richards Bay on Saturday. Lidoda duvha will not waste any time after their game against Richards Bay. Instead, they will fly back home to start with their preparations for next Tuesday’s league encounter against TTM, which will also be staged at the Thohoyandou Stadium.

VFA will entertain Jomo Cosmos at the same venue in one of the four league matches that will be played next Wednesday, 22 September.

Only one match will be played on Friday afternoon. Cape Town Spurs will host Uthongathi FC at the Parow Park Stadium outside Cape Town. The other fixtures for Saturday are: Hungry Lions vs Jomo Cosmos, JDR Stars vs Cape Town All Stars and TS Sporting vs University of Pretoria FC.

Next Tuesday’s fixtures are Cape Town Spurs vs Hungry Lions, University of Pretoria vs Cape Town All Stars and Uthongathi FC vs Platinum City Rovers.