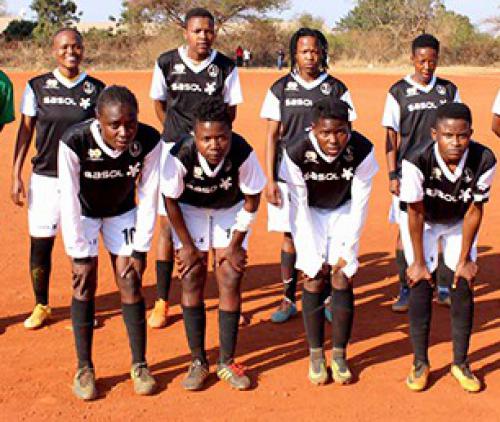 After a break of two weeks, the teams affiliated to the Limpopo Stream of the Sasol Women’s League will be back in action this weekend. The question that remains unanswered is whether Merwe United Ladies will have enough strength to stop the skyrocketing Lacoste Morning Stars, with whom they will battle it out for league points at the Merwe Stadium in the Malamulele area on Saturday afternoon.

Morning Stars are currently shining on top of the log with 27 points accumulated from 11 outings. Should they manage to collect four points from their three remaining fixtures, Morning Stars will have secured a place in the promotional playoffs to the Hollywood Bets Super League.

The other title chasers, Chippas United Ladies, will play in front of their home crowd. They will host Tshandama Young Stars at the Makhuvha Stadium. Chippas brutally walloped Young Stars 5-1 in their first-round league match at the Tshandama Grounds about three months ago.

Sisters FC will host Botlokwa Ladies at the Nwamitwa grounds outside Tzaneen. Mandebele Happy Fighters will entertain University of Limpopo Ladies at the Zebediela Grounds. Skimzozo FC will visit FC 50 Stars Ladies at the Seshego Stadium.

The match that is expected to attract a huge number of spectators will be between Kanatla Ladies and Seven Stars Ladies at the Mahwelereng Stadium in Mokopane. Copper Belts will host Capricorn Sports Development at the Moletjie Grounds outside Polokwane.