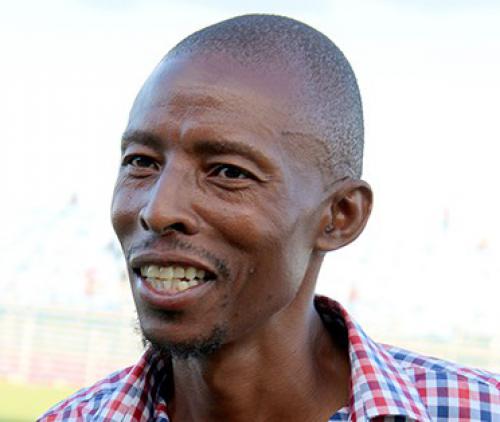 'We have what it takes to win'

After completing two league games, the head coach of Black Leopards, Mr Morgan Shivambu, is confident that his team has what it takes to become the champions at the end of the season.

Shivambu said that four of his key players had not been available in their first two games. Sanene Mathenjwa, Selby Rapatsa, Wiseman Maluleke and Leso Mahlatsi had tested positive for Covid-19 and could not be included in the team. The coach said that the four players had joined their teammates at the training session on Monday.

According to Shivambu, the absence of the four players had limited the team as they were all attacking midfielders. He said that they had only had two midfielders, Mumuni Abubakar and Lethabo Mathaba, on their substitution list in their last two games. He was satisfied with the team’s results in the two matches, when taking into account the fact that they did not have enough depth.

Looking ahead, Shivambu said that one of their killer strikers, Daniel Gozar, would be available for the next clash. Gozar was not available in their game against Polokwane City and Uthongathi FC, for reasons relating to his work permit.

Shivambu said that what he had observed in their first two games was that the team had displayed high-grade football and only lacked at the goal finish. They will be working on the strikers’ target shooting in the 12 days that the league programme will be on hold because of the FIFA break. Shivambu said that they would play a number of friendly matches in the coming days as part of their preparations for their next league fixture. Black Leopards will host TS Sporting FC next Saturday (September 11) in their next league fixture.

Shivambu’s counterpart from the Tshakhuma Tsha Madzivhandila (TTM) camp, Mr Phuthi Mohafe, stated that what he had observed in the team’s first two games was that the players were not fit, both physically and mentally. TTM beat Cape Town Spurs 3-1 in their opening match and lost 0-1 to Venda Football Academy last Saturday.

Mohafe said that he would be working on the two aspects during the FIFA break. He confidently stated that their current squad was strong enough to absorb any amount of heat. He also said that they would play several rehearsal matches in preparation of their next fixture. TTM’s next fixture will be against JDR Stars at the Soshanguve Giant Stadium outside Pretoria next Saturday.