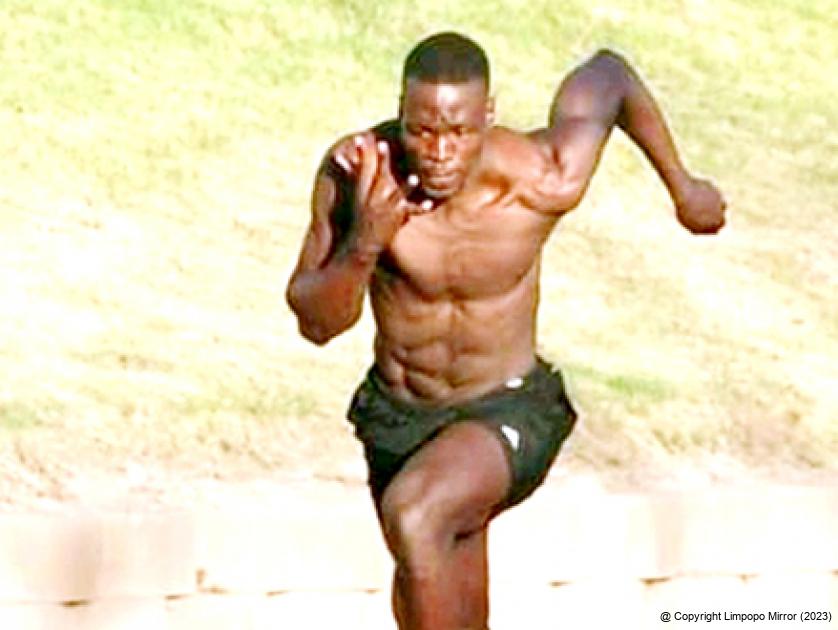 He has faithfully represented his country in countries such as Spain, France, Belgium, Eswatini, and Botswana and has scooped up several prizes, but many people in his village do not even know that he exists. Indeed, the saying that a prophet is not recognised in his own country is slowly unfolding for him. This is the sad story of unknown hero Phatuwani Mudimeli (27) of Matangari village outside Thohoyandou.

Internationally, Mudimeli commands high respect from fellow professionals who know his worth. Mudimeli is a professional athlete who competes in 200m and 400m races. At one stage he was ranked 142nd in the world in the 200m sprint. His best time in this item was achieved in March 2020 in Pretoria when he finished in 20,78 seconds. In the 400m, he twice recorded a time of 46,62 seconds in 2019.

Unfortunately, Mudimeli incurred a muscle injury that put him off track while he was preparing for the World Relay Race in Poland. “I also missed another race that was supposed to take place in Japan because of the injury. That was a great setback for me, and I also had to cancel the races that I was supposed to take part in Jamaica and Switzerland. Over and above that, the hard lockdown has made things difficult for me as I was not getting an income because a lot of races were cancelled. I had to spend the whole year without racing because of the injury, but I’m happy now that I have recovered, and it is now time to resurrect my sprinting career.”

A former amateur goalkeeper for Matangari High Aims and Thenzheni Liverpool, Mudimeli said he was now facing hard times and needed sponsors who could help him to stand on his feet again. “Going for the whole year without competing because of the injury was a big problem, because athletes make money by competing. The little savings that I had was exhausted by my medical bills and life is now difficult for me under the current circumstances. It will be good if I get people who will support me financially, so that I can get back on my feet and continue to compete across the world. I need money to buy new training equipment, travelling and attending training camps before any envisaged races. Those who want to assist me can call me on 068 242 8819 or 0791459447.”

The unrecognised hero, who drew his inspiration from the retired Jamaican sprinter Usain Bolt, said his giant body shape worked to his advantage.