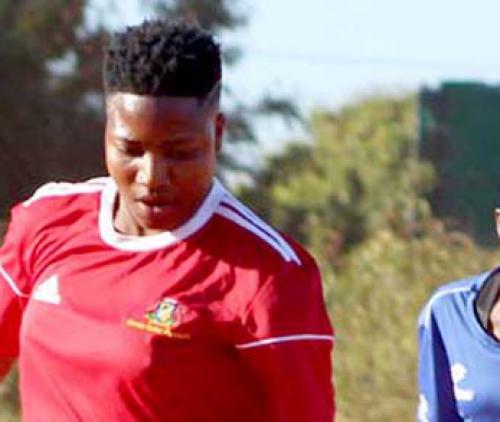 After a break of about seven weeks, the teams affiliated to the Limpopo Stream of the Sasol Women’s League will resume their usual programme this weekend. All matches will be played tomorrow afternoon (Saturday).

Morning Stars and Chippas had strengthened their teams over the past weeks. Lacoste boosted their chances for promotion by acquiring the services of five new players from Mito Stars, while Chippa had signed a number of vastly experienced players from Samba Girls FC.

As part of their preparations for the resumption of the league programme, Morning Stars played a friendly match against their Gauteng counterparts, Mito Stars, at the same venue two weeks ago. Lacoste lost 1-2 to Mito Stars, despite the fact that Mito were reduced to 10 players towards the end of the game. This after the team’s killer striker, Aphelele Mpambani, who scored a brace in the game, was given her marching orders for a heated debate with the referee.

The combination of the Stars’ playmakers, Livhuwani Mukwevho and Lufuno Tshivhase, is likely to keep the Chippas’ defence running for cover from the start to the end this weekend. On the other hand, the Stars must keep an eye on the Chippas’ strikers, Lethabo Sello and Mantotsi Mbulaheni, or else they will suffer regrets at the end of the game. The winner in tomorrow’s match is likely to lift the league title trophy at the end of the season.

In other clashes, Merwe United Ladies will have a date with Botlokwa Ladies at the Merwe Stadium outside Malamulele. Sealene Ladies will be on the road. They will travel from Phalaborwa to Tshandama village in the Mutale area. Their match against Tshandama Young Stars will be played at the Tshandama Grounds. Real Mighty Girls will entertain Sisters FC at the Mabalane Grounds outside Giyani.