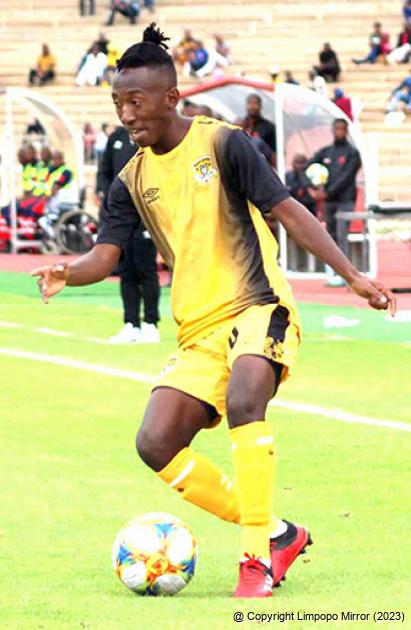 The relationship between Black Leopards and the team’s striker, Tumelo Khutlang, is part of history. The 25-year-old Lesotho international shared his sad story with Limpopo Mirror on Monday. He revealed that his departure followed a sequence of meetings with the management of the team over the past weeks.

Khutlang said that after some lengthy discussions, the two parties finally came to an agreement that a parting of the ways would be to the benefit of both the player and the club. He also stated that saying goodbye to the club was not an easy thing to do. Born in Teyateyaneng village in Lesotho on 23 October 1995, Khutlang joined Lidoda duvha in July 2018.

He said that he had enjoyed his stay at Black Leopards over the past years. Khutlang featured in 35 games for Leopards. Khutlang had played for several amateur teams in Lesotho before joining the professional side, Mpharane FC, in 2014. He moved to Lioli FC the following year. After spending three years at Lioli FC, Khutlang crossed the border to try his luck in South Africa.

After training with Black Leopards for about a week, the team’s erstwhile head coach, Mr Joel Masutha, did not hesitate to recommend him to the management of the team.

Asked about his next move, Khutlang revealed that he was still going to discuss the matter with his manager.

Our efforts to solicit some comments from the club regarding the matter did not bear any fruits. The club’s general manager, Mr Elijah Mulaudzi, was locked in meetings each time we called him. He promised to return our calls when he had time, but that was not to be at the time of our going to print.

Khutlang is the fifth player to part ways with Black Leopards this month. The Thohoyandou side had released Ovidy Karuru, Mohamed Anas, Edwin Gyimah and Sibusiso Khumalo over the past weeks.