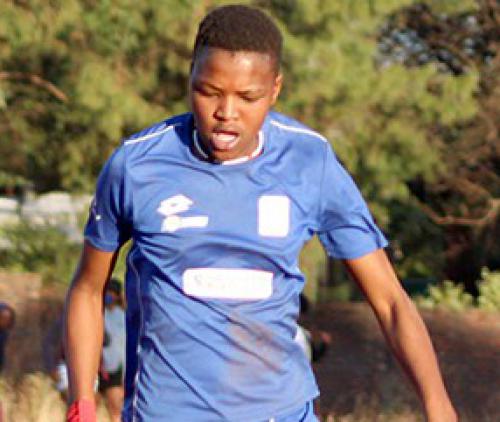 An affiliate of the Sasol Women’s League, Lacoste Morning Stars, have reason to believe that their dream to lift the league title trophy at the end of the season will become a reality. The Shayandima-based side registered five new players on Monday.

According to the managing director of the team, Mr Emmanuel Mudau, all the new signees are from Mito Stars Ladies FC. Mito Stars are campaigning in the Gauteng Stream of the Sasol Women’s League.

Mudau said that the relationship between Morning Stars and Mito Stars dated back four years. The two teams were invited to partake in a tournament at the Dobsonville Stadium in Johannesburg in 2017. Morning Stars and Mito Stars met in the final of the tournament and the pride of Shayandima lost in the final through a penalty shootout. Mudau said that after the game he had had a lengthy discussion with his counterpart from Mito Stars and a friendship had been formed.

Mudau approached his counterpart from Mito some weeks ago regarding his dream to become the league champions at the end of the current season. He pleaded with his friend to give him some seasoned players in order for him to realise his dream. According to Mudau, they agreed that they should stage a friendly match during which he would select the players of his choice from Mito’s squad.

The game was played at the Shayandima school grounds last Saturday. Mudau said that his technical staff had selected five players from Mito Stars during the game. The five players who will be parading in the Morning Stars’ colours when the league programme resumes next weekend are:  Lerato Magagula, Phindile Njambatho, Lesego Tsoabise, Gugu Ndebele and a top striker, Aphelele Mpambani. Mpambani scored a brace when her team beat Morning Stars 2-1 in their rehearsal game last Saturday.

Mudau said that the five players would be put to the test when his team fought for league points with Chippas United Ladies at the Shayandima school grounds next Saturday, 7 August. Chippas and Morning Stars are closely contesting the league title. Chippas are currently leading the pack, while the Stars are in the second position.