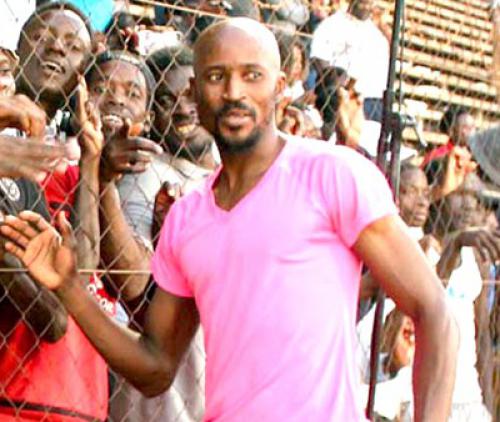 The former player for Tshakhuma Tsha Madzivhandila FC (TTM), Dunga Jean Munganga, is a desperate man. The Congolese national last played competitive football at the end of the 2019/20 soccer season. At the time he was playing for the now-defunct TTM.

When the president of TTM, Mr Masala Mulaudzi, bought the DStv Premiership franchise from Bidvest Wits FC at the beginning of last season, Munganga was offered a position to scout for young talent by the then pride of Tshakhuma. Although he accepted the offer, Munganga parted ways with Vhadau Vha Damani before he could start doing the work relating his new position.

Claiming that the club had treated him harshly, the 31-year-old player reported the matter to the players’ union. The matter ended up at the league Dispute Resolution Chamber, where TTM was ordered to pay Munganga the outstanding salary for the months during which he was contracted to the club.

Born on 5 June 1990, Munganga tried his luck with several DStv Premiership and GladAfrica clubs at the beginning of last season, without success. When Pretoria Callies offered him an employment contract at the beginning of this year, Munganga thought his days of suffering were at an end, but that was not the case.

Pretoria Callies offered him a short contract that expired on 30 June. Although the contract had an option for an extension of 12 months, the club showed no interest in keeping the former Black Leopards centre back. Even though Munganga joined Pretoria Callies at the beginning of this year, he did not play a single game for the team, something that had probably convinced the club owner not to extend his contract when it expired.

For now, the former Black Leopards star player makes sure that his cell phone is always on as he is desperately waiting for clubs to call him with job offers. He stays in a rented flat in Polokwane. He revealed that his savings will soon get depleted if he cannot manage to find a new job in the next few months.

Munganga joined Black Leopards from the DRC side, St Eloi Lupopo FC, way back in 2012. At that stage, Lidoda duvha were campaigning in the National First Division. He assisted the Thohoyandou side in gaining promotion to the DStv Premiership Division in the 2017/18 soccer season. His contract with Leopards expired on 30 June 2019. He featured in 166 games and scored three goals during his stay with Black Leopards.