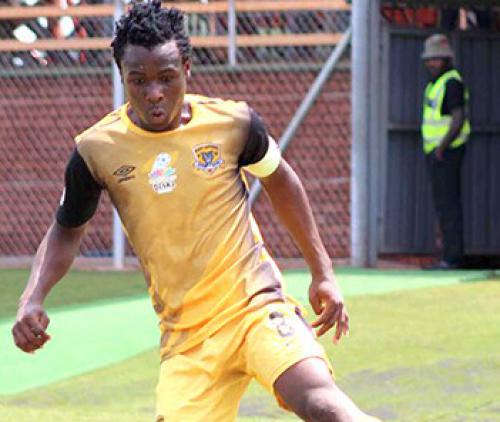 One of the Leopards’ U/23 players, Amukelani Chauke. Photo: Frank Mavhungu.

Black Leopards are ready for the new season

The relationship between Black Leopards FC and the team’s left back, Sibusiso Khumalo, is something of the past. According to the club’s general manager, Mr Elijah Mulaudzi, the decision to release Khumalo was reached after they realized that his departure was in the interest of both parties.

Mulaudzi said that Khumalo’s employment contract with the club had expired on 30 June. The former Mamelodi Sundowns and Maritzburg United defender joined Lidoda duvha on a two-year contract at the beginning of last season.

Asked whether they had enough U/23 players in their showroom, Mr Mulaudzi was quick to mention that they had not released any of the young players who had been part of their squad for last season. He cited the likes of Tiklas Thutwa, Tsepo Matsimbi, Emmanuel Makinita, Leso Maphuthi and Amukelani Chauke as some of the U/23 players who were capable enough to display their skills at both national and international level.

He again stated that they were assessing some of the U/23 players who were training with the team. (In terms of the league’s rules and regulations, GladAfrica teams must have at least five U/23 players on the team sheet, at least two of which must be on the field of play for the duration of the game).

Black Leopards had appointed the Nigerian national, Mr Lawrence Okwara, to the position of Team Manager. Mr Okwara is not a new face in the Leopards camp. He served in the same position for the team in the 2017/18 soccer season, but left for Baroka FC the following year.

As for the preparations for the new season, Mr Mulaudzi said that they were hard at work. He revealed that they will play a rehearsal game against Pretoria Callies at The Ranch Hotel grounds outside Polokwane today (Friday).