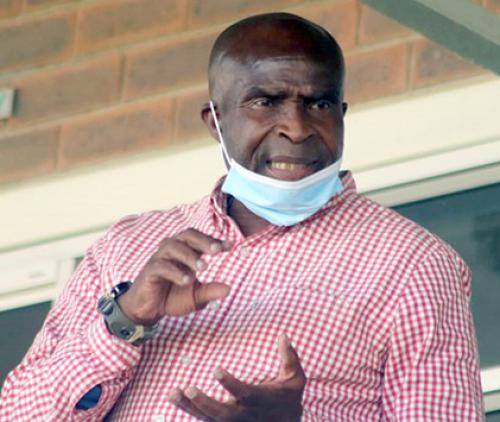 Was a deal struck to bring ABC Motsepe League club to Musina?

Residents of Musina and the surrounding areas may soon watch high-quality football on their doorstep when the activities of the ABC Motsepe League start in two months’ time. This is the ambition of Mr John Ndou, and he reckons this is more than just an optimistic dream. According to Ndou, he has sealed a deal to procure an ABC Motsepe League franchise from Mighty FC. Mighty FC’s managing director, however, has denied these claims.

Ndou explained that the club would be renamed Musina Mighty Stars, following the deal. He stated that some of the players who were part of Mighty FC team last season had agreed to relocate with the team to Musina. The former Black Leopards striker added that Mighty Stars will use the Musina Rugby Stadium and the Musina MTD Stadium as the team’s home ground.

Asked about the short- and long-term plans for the team, Ndou stated that they had set a target of two seasons for the team to campaign in the GladAfrica Championship League. According to him, their plans to recruit new players were put on hold, following the Cabinet’s decision to move the country from lockdown alert level 3 to 4 three weeks ago.

He said that they would conduct the trials to recruit new players as soon as the conditions became favourable. Mr Ndou said that the current owner of the SAB League side, Musina All Stars, Mr Donald Sebola, was the chairman of the new club. Ndou is holding the position of technical director. Ms Daphney Tshilande and Mr Charles Vhengani will be responsible for the day-to-day administration of the club. He said that they would soon make an announcement regarding the team’s technical staff.

Asked about the selling price, Mr Ndou was quick to mention that that was a matter between the buyer and the seller.

When asked to shed some light regarding the sale agreement, the managing director of Mighty FC, Mr Mighty Tjale, dismissed Mr Ndou’s story as a bunch of lies. According to him, his club was established way back in 1990. He said that he had never thought of selling the club’s franchise ever since it had been established. Mr Tjale described Mr Ndou’s statement as malicious, reckless, and irresponsible. “Tell those guys that Mighty will never take any amount of money in exchange for his club’s franchise,” he said.