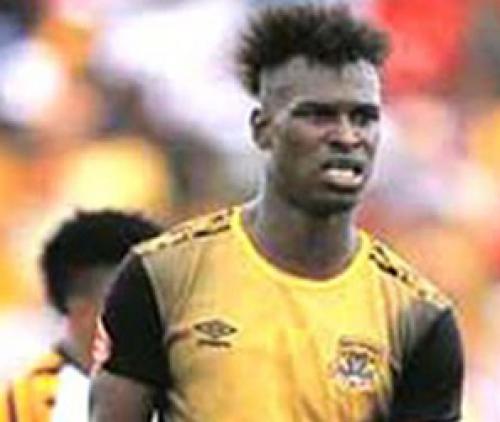 Former Black Leopards centre back Edwin Gyimah has joined a long list of professional football players who are looking for a job. The Ghanaian defender parted ways with Lidoda duvha amicably last month.

According to the general manager of Black Leopards, Mr Elijah Mulaudzi, the decision to release Gyimah was reached after it was realized that his departure from the Thohoyandou outfit was in the best interest of both parties. Mulaudzi said that Gyimah’s employment contract with the pride of Thohoyandou was due to expire on 30 June 2024.

During an interview with his agent, Ratshibvumo Mulovhedzi of Rush Hour Sports Management, he confirmed that he was still battling to find new employment for the former Orlando Pirates sweeper. Mulovhedzi said that he had had some discussions with the management of one of the DStv Premiership League sides, Chippa United FC, regarding Gyimah’s possible move to the club. He revealed that although the chairman of the club, Mr Chippa Mpengesi, was willing to offer Gyimah an employment contract, some of the members of the management committee saw this as a bad idea.

Asked why finding a new job for Gyimah, despite the fact that he was a seasoned player, was difficult for him, Mr Mulovhedzi stated that he was suspecting that the player’s bad conduct was a contributing factor. He stated that some of the clubs had openly told him that Gyimah was a good player but that they were reluctant to offer him an employment contract because of his unpredictable conduct.

Gyimah made the headlines when he walked out of the team’s camp in Johannesburg last year, resulting in the team’s playing all their promotion/relegation matches in his absence. The 30-year-old former Mpumalanga Black Aces’ player later apologised to the club in writing for his unbecoming conduct.