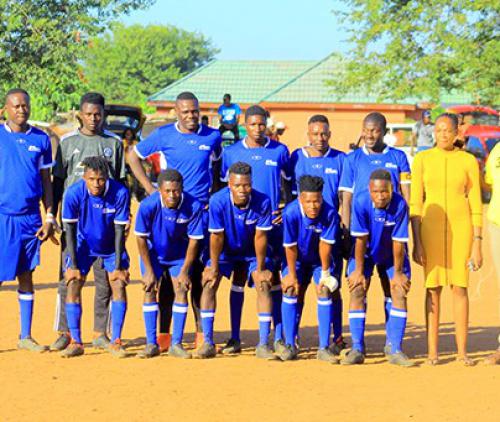 Masisi Young Stars were crowned the champions of the Tornado Eating House Soccer Challenge that took place at the Sanari Grounds on Sunday. They beat Red Bull Express 4-2 in the final. The winner was determined through a penalty shootout after no goals were scored during the match.

Young Stars’ way to the final went via Mulala FC, whom they beat 4-2 in their quarterfinal match, which was played at the same venue the previous day. They brutally walloped Sanari Crossbreed 7-1 in their semi-final match earlier that day.

Teams booted out of the tournament in the semi-final stage, Dipeni FC and Sanari Crossbreed, were each presented with a consolation prize of R500. Eight teams took part in the tournament. The teams that battled things out in the two-day event were Bale United, Tshilamusi Super Eagles, Red Bull Express, Mulala FC, Masisi Young Stars, Dipeni FC, Dovho Bornfree, and the hosts, Sanari Crossbreed.