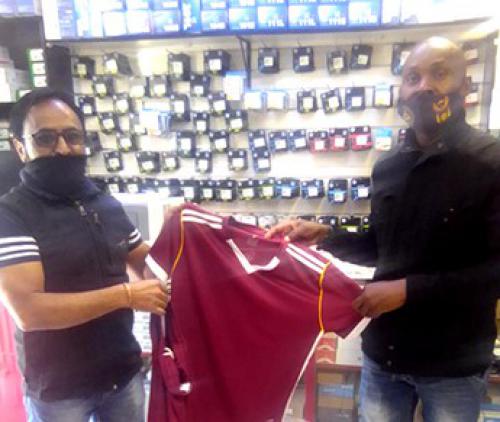 After staging soccer tournaments in Madombidzha village over the past six years, Mr Maanda Themeli has decided to establish a football club of his own. According to Themeli, the new club, DMT FC, was established two months ago and will be based at Madombidzha village.

He said that the club could not affiliate with the Makhado Local Football Association as it had been established in the middle of the soccer season. Themeli further stated that the team had been training and playing friendly games over the past two months as part of their preparations for the new season. He confidently said that, judging from what he had observed in their rehearsal games, he was convinced that the team was ready to absorb any amount of heat.

According to Themeli, the team will use one of the grounds at Madombidzha as their home ground. He stressed the fact that their aim was to see the team campaigning in the ABC Motsepe League in five years’ time.

A Thohoyandou-based sports shop, Fatima Sports Shop, will be the main sponsor of the team. The sponsorship was officially launched during a ceremony held in the shop on Monday morning. During the ceremony, the store manager, Mr Hanif Patel, handed over a complete soccer kit to the club.

Maanda Themeli is chairman of the club, while the position of general manager is filled by Mulugo Manyuwa. Former Black Leopards’ player Wanani Mulaudzi is the technical manager, and the general secretary is Ms Lufuno Themeli. Aaron Ralidzhivha and Rogermilla Makhode are the additional members.

Themeli is no stranger to the football industry. Apart from staging soccer tournaments in Madombidzha, Themeli, or “Screamer” as he is also known, guided several teams - including Madombidzha Arsenal, Tshiozwi Dynamos and Madombidzha Western Stars - to success during his time as a soccer coach.