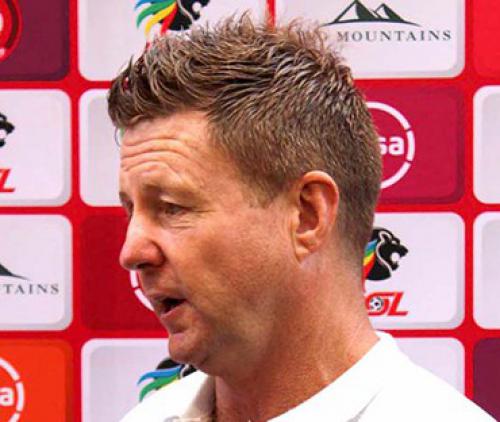 Now TTM have reason to celebrate

Tshakhuma Tsha Madzivhandila FC (TTM) have so many reasons to celebrate. The team have finished their league programme in the 12th position on the log standings, something the team’s head coach, Mr Dylan Kerr, has described as a great achievement. TTM were languishing at the bottom of the log when Mr Kerr took the risk of accepting the job offer from the club early this year.

The 54-year-old mentor revealed that he was given a clear mandate when he joined the former pride of Tshakhuma. He stated that his mandate was to save the team from relegation. Mr Kerr again said that he had accepted the job offer after realising that the team had the potential to escape the relegation axe.

TTM’s performance improved dramatically after the club’s ownership changed from Mr Masala Mulaudzi to Dr Abraham Sello early this year. Not only did Vhadau Vha Damani manage to retain their DStv Premiership franchise, but the team did the unexpected by winning the Nedbank Cup. Mr Kerr further said that lifting the Nedbank Cup was a bonus to the owners of the team as his mandate was to save the club from relegation.

Apart from winning the Nedbank Cup and retaining the club’s top-flight status, TTM have another accolade to be proud of. The team’s number one goalkeeper, Washington Arubi, was the winner of the Nedbank Cup KO Competition award for best player. The Zimbabwean international was a marvel to watch when TTM booted Mamelodi Sundowns out of the competition. TTM won 6-5 via penalty shootout, following a goalless draw at the end of both the regulation and extra time.

Mr Kerr said that he had told his players not to celebrate after winning the Nedbank Cup. “I told them that we will only celebrate if we manage to save the team from relegation at the end of the season,” he said.

Asked about his next move, Mr Kerr said that his contract with TTM would expire at the end of this month. He revealed that he was not sure if his current employers would offer him a new employment contract then.