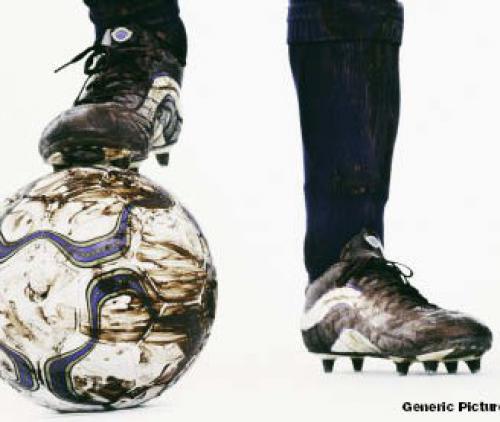 Teams ready for Champ of Champs

The SAFA Vhembe MMK League’s winners in all nine streams will play in the Champ of Champs play-off matches at three venues on Sunday.

The winners of the nine streams will participate in their play-off matches at the Louis Trichardt Show Grounds, the Makhuvha or Tshifulanani stadiums respectively.

The teams that will play in the mini league are: Rabali Pull Together, Musina All Stars and Makhitha Oscar Stars, who will play at the Louis Trichardt Show Grounds; Madridtas FC, Sambandou United Professionals and Vondwe XI Bullets, who will meet at Makhuvha stadium, and United Artists, Mudziafera Blue Eagles and Bokisi Scientists, who will fight for promotion at Tshifulanani Stadium. The winners will represent the SAFA Vhembe region in the play-off with other winners from different regions around the province.

The coach of Makhitha Oscar Stars, Mr Mbishi Mokoena, said that he was happy with the way the team was performing. “The boys are doing their best and I am impressed with their performance.” He added that their aim was to use the promotional play-off matches as their steppingstone to the ABC Motsepe league.

He said the team had received tremendous support from the team’s chairman and supporters. “Just getting to the promotional play-off matches has made a difference to the boys in terms of confidence and motivation,” he added.

When asked about their level of readiness for the play-offs, the spokesperson of Madridtas, Mr Ndivhuwo Nthai, said that they were ready for whatever heat they might come across in the play-offs. Nthai further said that all his players were razor sharp. He also acknowledged that they had learnt from their league games and would have a different approach in their play-off matches. “The boys have to master the art of concentration and to focus. I have therefore prepared them mentally not to make simple mistakes.”

According to the team manager of Rabali Pull Together, Mr Masala Siwadada, everything is going well with their preparations. He said that his team must attack and score more goals if they wished to progress further. “The players are young and inexperienced but have been playing for a few years now, so they know each other well. I can see them getting more and more confident as the days progress,” he added.