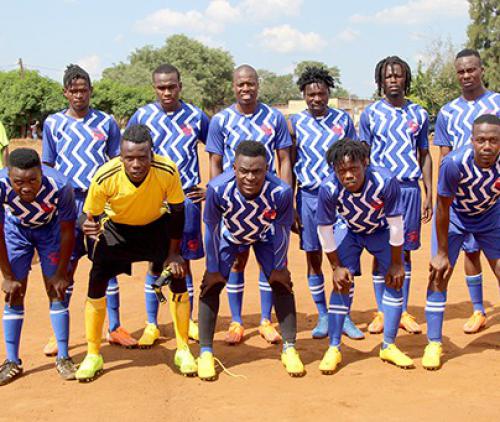 In total, 39 teams are left in the Safa Vhembe MMK Administration league who will compete in different groups in a mini league on Saturday and Sunday at different venues. The winners in each of the nine groups will play each other the next week in the play-off matches.

When asked about their level of readiness for the matches, the spokesperson of Makhitha Oscar Stars, Mr Sydney Luvhengo, said that they were ready for whatever heat they might come across in the matches. Luvhengo further said that all his players were razor sharp.

Mr Chester Malotsha of Try Again said that they had put aside some attractive incentives for the players in case they managed to win the mini league matches. He stated that the team had been training hard for the past weeks.

According to the manager of the Manavhela Black Aces, Mr Chippa Mathelemusa, everything was going well with their preparations and they continued to train as usual after their last match of the league two weeks ago.

Mr Bishop Musiamo of Magau United said that his players were ready for any team. According to him, his team will be the champions. He said that they had used the two-week break to tighten up loose ends.

Mr Khathutshelo Muvhumbe, the coach of Maelula United Brothers, said he had reason to believe that his team was ready for any opponent. According to him, the spirit is high in the camp. He also stated that the players knew that failure to collect enough points in the mini league matches would see the club not going through to the play-off stage.