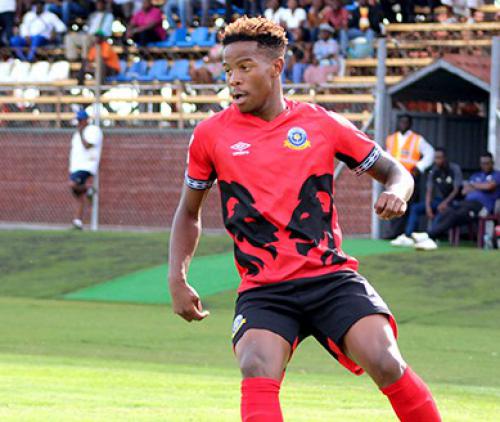 TTM will play two DStv Premiership League matches within the space of three days. Vhadau Vha Damani, as they are also called, will host Maritzburg United at the Peter Mokaba Stadium in Polokwane tomorrow afternoon (Saturday). TTM and Maritzburg United are fighting for their lives and the result of tomorrow’s match is likely to determine the team that will either face outright relegation or partake in the relegation/promotion playoffs, come the end of the season.

Should they manage to collect the maximum points at the expense of Maritzburg tomorrow, TTM will be out of danger. TTM will have only two days to prepare for their next fixture after tomorrow’s game. They will wrestle for league points against Baroka FC in their Limpopo derby at the same venue on Tuesday afternoon.

TTM’s defenders, Diamond Thopola, Ndivhuwo Ravhuhali, and Alfred Ndengane will have a tough time against the strikers of Baroka in the form of Evans Makgoka, Richard Mbulu, and the former TTM sharpshooter, Nhlanhla Mgaga.

Chippa United will host Bloemfontein Celtic at the Dr Molemela Stadium in Bloemfontein in one of the two matches that will also be played on Tuesday. Moroka Swallows and Stellenbosch FC will meet at the Dobsonville Stadium in Johannesburg. Two matches will be played next Wednesday, 19 May. Lamontville Golden Arrows will host TS Galaxy at the Sugar Ray Xulu Stadium in Durban, while Cape Town City will host Maritzburg United at the Cape Town Stadium.