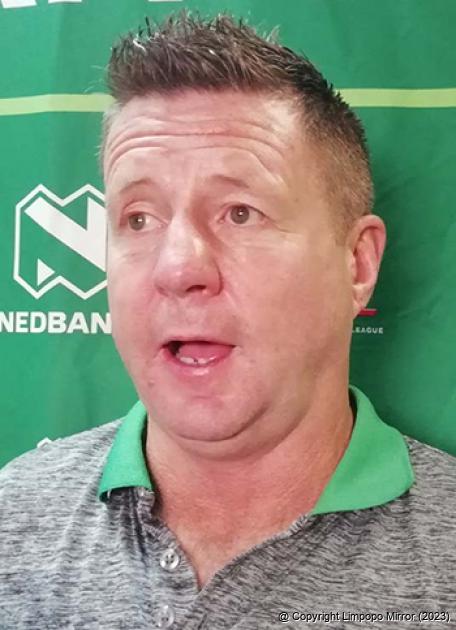 Silverware for TTM in the first season

After purchasing their DStv franchise from Bidvest Wits FC about seven months ago, Tshakhuma Tsha Madzivhandila (TTM) lifted their first trophy last Saturday. They beat Chippa United 1-0 in the Nedbank Cup final at the Free State Stadium in Bloemfontein.

Speaking to Limpopo Mirror a day after Vhadau Vha Damani were crowned the champions, the team’s head coach, Mr Dylan Kerr, was full of praise for his players.

He revealed that they had had a good game plan and that his players could execute it excellently. He stated that he had told his players during the half-time break not to change their playing pattern after taking the lead in the 27th minute. Their diminutive midfielder, Ndabayithethwa Ndlondlo, scored the goal that separated the boys from the men. He received a neat pass from Celimpilo Ngema and tried his luck with a long-range half volley. A defender of Chippa United deflected the ball back into his own net in an attempt to clear.

The 54-year-old mentor further indicated that he had instructed the players to throw in everything within their reach and dig deep, adding that they had no need to reserve any stamina in a cup final.

Kerr is, however, realistic that the work for the season has not ended. He said that he had told the players to end their celebrations in their respective hotel rooms the very same night and start to focus on their remaining league fixtures. The team used Sunday to travel back to Limpopo and to rest a bit before starting with their preparations for their league fixture against Supersport United, with whom they were fighting for league points at the Loftus Stadium in Pretoria on Wednesday afternoon.

The former Black Leopards coach reiterated the fact that now that they had won the Nedbank Cup, their focus would shift to their league programme. “Look, we are not yet out of danger when it comes to relegation,” he said. He added that winning the Nedbank Cup and then being relegated at the end of the season would be pointless for the team.