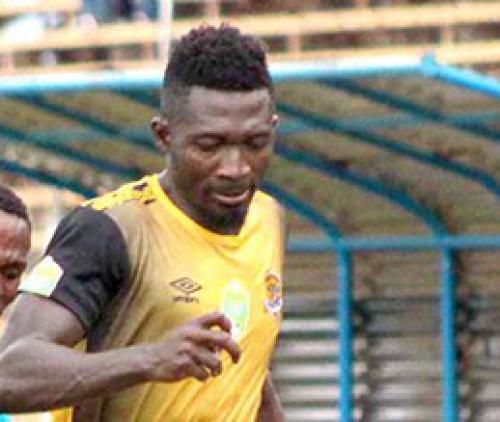 Leopards and Chippa in battle for survival

Black Leopards will travel to the Eastern Cape next Wednesday, 12 May. They will play against Chippa United in their DStv Premiership League match at the Nelson Mandela Bay Stadium in Port Elizabeth. Things are not going according to plan in both Leopards’ and Chippa United’s camps. Lidoda duvha and The Chilly Boys are fighting for their lives.

The Thohoyandou outfit are languishing at the bottom of the log with 18 points accumulated from 25 matches (the results for their yesterday’s match against Orlando Pirates not included).  If they fail to collect the maximum points against Chippa United, Leopards’ chances to escape the relegation axe will be slim.

Should he be given the chance to kick the ball, Leopards’ midfielder Lehlohonolo Masalesa will be playing against his former teammates. Masalesa was a player of Chippa United until the end of last season. The combination of Masalesa, Mumuni Abubakar and Tumelo Khutjang in the Leopards’ midfield is expected to keep Chippa’s defenders running for cover for the better part of the game.

Also on Wednesday, Maritzburg United will host Golden Arrows at the Harry Gwala Stadium in Pietermaritzburg. The Soweto derby between Kaizer Chiefs and Moroka Swallows will be played at the FNB Stadium in Johannesburg. Tshakhuma Tsha Madzivhandila FC will visit Supersport United at the Loftus Stadium in Pretoria, while Bloemfontein Celtic will enjoy the home-ground advantage in their match against Cape Town City at the Dr Molemela Stadium in Bloemfontein.

Two matches will be played next Tuesday, 11 May. Amazulu FC and Baroka FC will meet at the Princess Magogo Stadium in Durban, while Stellenbosch FC will entertain Orlando Pirates at the Cape Town Stadium.