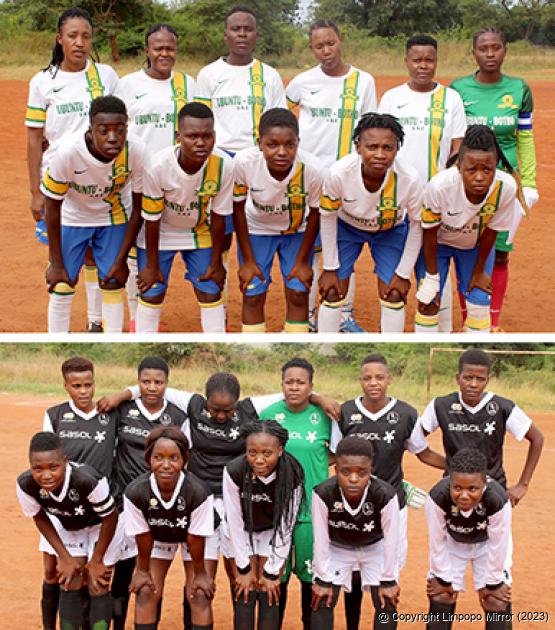 Will the Stars shine over Mighty Girls?

After a break of two weeks, the teams affiliated to the Limpopo Stream of the Sasol Women’s will resume their league activities this weekend. Most matches will be played tomorrow afternoon (Saturday).  The match to watch will be between Lacoste Morning Stars and Real Mighty Ladies at the Shayandima School Grounds tomorrow.

The spirits are high in the Stars’ camp after they beat the much-feared Botlokwa Ladies 2-0 at the same venue two weeks ago. Mighty Ladies are also sharpened to kill, following their 1-0 victory over Chippas United Ladies in their previous match. The Mighty Ladies’ forwards will not find going up against the Stars’ defenders, Musiiwa Ramaremisa, Rotshidzwa Luvhengo and Wendy Rasimphi, easy.

Botlokwa Ladies will host Tshandama Young Stars at the Vuwani Grounds. Botlokwa will be lucky if by chance they manage to hold Young Stars to a draw if Tshandama’s performance in their game against Merwe United Ladies is anything to go by. Tshandama managed to crush Merwe despite playing away from home.

Skimzozo FC will visit Capricorn Sports Development at the Seshego Stadium in Polokwane. Capricorn Sports and Skimzozo are keenly contesting for the league championship. Mandebele Happy Fighters will undertake a journey to Copper Belts Ladies at the Moletjie Stadium outside Polokwane, while Kanatla Ladies will host FC Stars Ladies at the Mahwelereng Stadium in Mokopane.