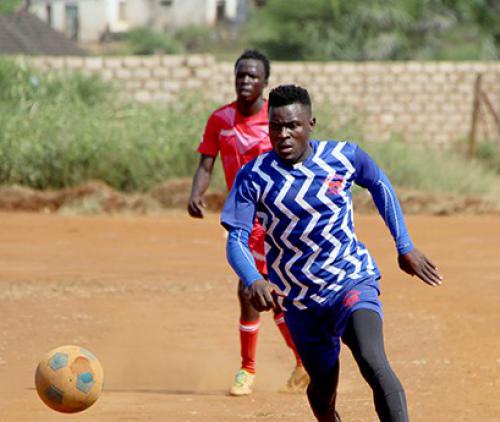 Khanyeza Thovhakale of Manavhela Black Aces is expected to give his opponents a hard time this weekend.

Whether Eagles United Stars will manage to rise to the occasion and beat Seven United Brothers when they meet in their Safa Vhembe MMK Administrators League match at Mauluma grounds on Saturday remains to be seen.

Different matches will be played in different streams of the competition on Saturday and Sunday. Eagles and United are among the close contenders for the league title in Stream G2. The two top teams in Stream G1 for the past month have been Vuvha Digger FC and Maelula United Brothers.

SMSA FC will host FC Basel FC, while Mphego Real Vultures will entertain United Artists at the Mphego Grounds. Makwarani Freelimo Boys will travel to Muhuyo village where they will lock horns with Muhuyu Cooper Stars. Tshipako Hot Spurs will host Tshenzhelani FC at the Tshipako Grounds. Madombidzha Western Stars will travel to the Madodonga Grounds.

The bad run of form for Western Stars continues. The boys are occupying the last position, just below Pat All Stars. Matika FC, who are also still languish at the bottom in their stream, will face the current log leaders, Magau United.