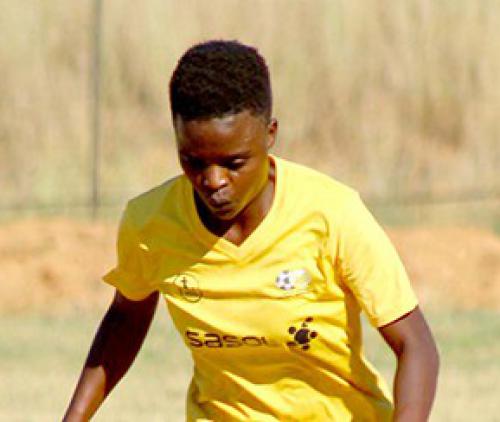 Will the Sasol Stars shine over Botlokwa Ladies?

After losing 2-4 to Chippas United Ladies at the Makhuvha Stadium last Sunday, Lacoste Morning Stars have another mountain to climb. They will host Botlokwa Ladies in their Sasol Women’s League match at the Shayandima High School grounds tomorrow afternoon.

The managing director of Morning Stars, Mr Emmanuel Mudau, revealed that they had recently acquired the services of five quality players from different clubs based in Mpumalanga. He further stated that the reinforcement of the squad was necessary after they had lost nine players to national league clubs, including Maindis Ladies, at the end of last season. He repeated that his technical staff were still battling to find a winning combination.

Tshandama Young Stars will have a date with Merwe United Ladies at the Tshandama grounds. Sisters FC will host Sealene Ladies at the Nwamitwa grounds outside Tzaneen. History shows that Sisters are not easy to beat in front of their own home crowd. Capricorn Sports Development will lock horns with the University of Limpopo FC at the Seshego Stadium.

University of Limpopo FC started the new season with a bang, following their 3-1 victory over Copper Belts FC last Saturday. Seven Stars Ladies will play against Copper Belts at the GaMalakane Sports Grounds.

The other weekend fixtures are: Skimzozo FC vs Kanatla Ladies and Mandebele Happy Fighters vs FC 50 Stars Ladies.