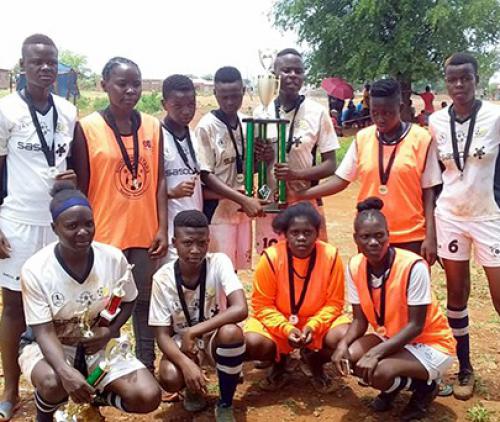 The waiting is over. The opening matches for the Sasol Women’s League in the Limpopo Stream will be played this weekend. All eyes will be on the match between Chippas United Ladies FC and Lacoste Morning Stars to be played at the Makhuvha Stadium tomorrow afternoon. Sparks always fly when Chippas and Morning Stars meet.

The managing director of Chippas, Mr Robson Magoro, said he was happy about the fact that they were commencing the new season with a derby. He stated that the game against Morning Stars would assist them in measuring their level of readiness for the new season.

Mr Magoro revealed that they had played a few friendly matches and tournaments over the past months in a bid to keep the players fit. According to him, their last friendly match was against a squad from Tshamutshedzi village at the Tshamutshedzi Grounds last Sunday. Chippas won 3-1.

“Judging from the team’s performance against the Tshamutshedzi squad, we are convinced that the team is ready for the new season” said Mr Magoro. Mr Magoro’s counterpart from the Stars’ camp, Mr Emmanuel Mudau, said that his players could not wait to kick the ball after a long wait.

Sealane Ladies will host Tshandama Young Stars at the Rabali Stadium. Merwe United Ladies will pay a visit to Botlokwa Ladies at the Sefene School grounds in Botlokwa. Sisters FC will have a date with Real Mighty Girls at the Nwamitwa grounds outside Tzaneen. University of Limpopo Ladies will open the new season with a home match. They will fight for league points against Copper Belts FC at the Oscar Mpetha Stadium in Turfloop.

Kanatla Ladies will clash with Capricorn Sports Development at the Mahwelereng Stadium in Mokopane. The other fixtures are: Seven Stars Ladies vs FC 50 Stars Ladies and Mandebele Happy Fighters vs Skimzozo Ladies FC.