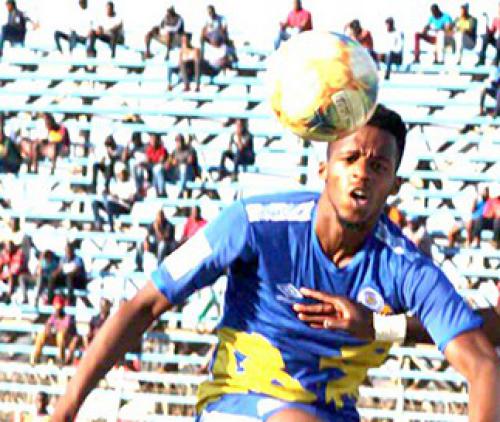 Will the Stars shine brightly over Sekhukhune United?

For the teams affiliated to the GladAfrica Championship League, this weekend will be business as usual. After donating significant league points to Steenberg United, to whom they lost 0-1 at the Ida’s valley Stadium outside Cape Town two weeks ago, Sekhukhune United are leaving no stone unturned in their preparations for their match against Cape Town All Stars.

The match will be played at the Makhulong Stadium in Thembisa on Saturday afternoon. Sekhukhune must collect the maximum points at stake to keep their title hopes alive. Sekhukhune United, who bought their franchise from Tshakhuma Tsha Madzivhandila at the beginning of this season, are currently lying in the second position on the log with 31 points, one behind the pace setters, Richards Bay FC.

University of Pretoria FC will lock horns with Jomo Cosmos at the Absa Tuks Stadium in Pretoria. Amatuks, as they are affectionately called, and Jomo Cosmos are among the teams contesting the league championship. Cosmos must keep an eye on the former strikers of Tshakhuma Tsha Madzivhandila, Frank Motebejane and Wonderboy Makhubu.

Polokwane City will test their strength against Steenberg United at the Old Peter Mokaba Stadium in Polokwane. After beating JDR Stars 3-1 at the Soshanguve Giant Stadium in Pretoria two weeks ago, TS Sporting will enjoy the home-ground advantage this weekend. They will host Bizana Pondo Chiefs at the Mbombela Stadium in Nelspruit.  Pondo Chiefs are fighting for survival at the bottom of the log, while TS Sporting are one of the hot league-title contenders.

Ajax Cape Town will have a date with Uthongathi FC at the Athlone Stadium in Cape Town. Real Kings and JDR Stars will meet at the Chatsworth Stadium in Durban. The fixtures for next Tuesday, 6 April, are: Free State Stars vs Jomo Cosmos, Polokwane City vs Pretoria Callies, University of Pretoria vs Steenberg United and Cape Town All Stars vs Richards Bay FC.