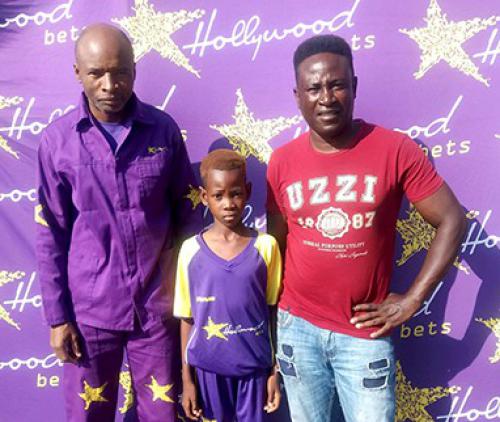 Nothing will stop Mamu Community Development from continuing to write a beautiful story on the page of community upliftment and development in the Sinthumule and Kutama areas. The organisation has just secured a place for one of its soccer stars to undergo trials at the Farouk Khan Stars of Africa Academy on 19 February.

Junior Manenzhe, who plays for the U/11 Hollywoodbets Mabaleng Development team in the Makhado Local Football Association’s development league, was scouted by the legendary Jerry “Legs of Thunder” Sikhosana, Nhlanhla Kubheka and Clement Mazibuko after they noticed his talent a few year ago.

Mamu Community Development’s general secretary, Mr Jafter Mamugudubi, said that they were committed to serving the community by making sure that they removed all boys from the harsh streets. “Our mission and goals include paving the way for local soccer talent, so that they get to compete with their contemporaries at national level and manage to get what is best for them,” he said. “So, we were happy for the boy when he was invited to further his soccer career on another level. We believe and trust Junior’s skills will be quickly noticed in the academy.”

Junior’s father, Mr Mashudu “Mayoyo” Manenzhe, said that he was happy that his son’s soccer future was getting brighter. “I will give him all the support. I am confident that my son will go far, as he loves soccer. He fell in love with soccer at a very young age.”

Junior excitedly said, “I'm happy. I'll pass the trials as I did before at Bidvest Wits Academy. I would also like to thank my coach, Mr Gwazda Nedzamba, for teaching me football and Mamu for helping me to go to the trials.”