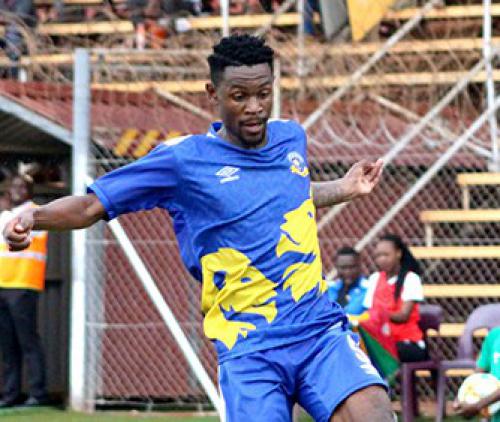 TTM will have to beat Bloem Celtic

Tshakhuma Tsha Madzivhandila FC (TTM) will travel to Bloemfontein tomorrow afternoon. Their DStv Premiership League match against Bloemfontein Celtic will be played at the Dr Molemela Stadium, starting at 15:30. TTM must start collecting points if they are serious about escaping the relegation axe at the end of the season.

Vhadau Vha Damani started the season on a high note, collecting significant points at home and away. Their performance dropped dramatically in their last five matches. The Tshakhuma side conceded nine goals in their last four matches. The only time TTM managed to score a goal this year was when they played to a 2-2 draw with Cape Town City at the Thohoyandou Stadium on Saturday, 9 January.

TTM will be without three of their regular players tomorrow. Their bulldozer striker, Rhulani Manzini, is still nursing a pulled muscle, while Alfred Ndengane and Joseph Malongoane are serving their suspensions after seeing red in their previous games. The likes of Brendan Theron, Philip Ndlondlo and Lebohang Mabotja will be expected to keep the home fires burning in the absence of Malongoane, Ndengane and Manzini.

In the other DStv Premiership League matches, Amazulu will host Stellenbosch FC at the Princess Magogo Stadium in Durban in the only match that is scheduled for Friday afternoon. The Soweto derby between Orlando Pirates and Kaizer Chiefs will be played at the Orlando Stadium on Saturday afternoon. Supersport United will host Moroka Swallows at the Lucas Moripe Stadium in Pretoria.

The Kwazulu-Natal derby between Lamontville Golden Arrows and Maritzburg United will be played at the Chatsworth Stadium in Durban. The other weekend fixtures are: Black Leopards vs TS Galaxy, Baroka FC vs Cape Town City and Mamelodi Sundowns vs Chippa United.

Next Tuesday’s fixtures are: Golden Arrows vs Orlando Pirates and Amazulu vs Bloemfontein Celtic.