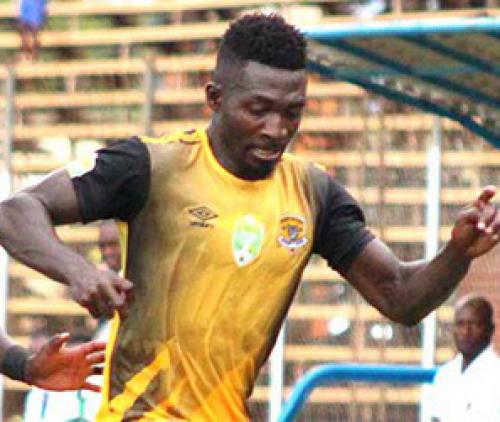 After locking horns with Mamelodi Sundowns at the Thohoyandou Stadium on Wednesday evening, Black Leopards are gearing up for another tough fixture against TS Galaxy at the same venue on Saturday evening.

The result of their match against Mamelodi Sundowns was not available at the time of our going to press.

Saturday’s match will be the second test for Messrs Morgan Shivambu and Lehlohonolo Seema as caretaker coaches of Lidoda duvha. The two were given full charge of the team after the club parted ways with the team’s head coach, Mr Dylan Kerr, on Monday this week.

Things are not moving according to plan in the Leopards’ camp. The Thohoyandou side were lying in the second-last position on the log standings before their midweek match against Sundowns. Edwin Gyimah, Lidoda duvha’s centre back, will watch the game from the grandstand. This after he saw red in their game against Chippa United at the Thohoyandou Stadium last Saturday. Leopards lost 0-3 to Chippa United.

The likes of Isaac Masia, Pentjie Zulu and Mumuni Abubakar will be expected to do the job in the absence of Gyimah. Whether Black Leopards will manage to make a comeback and stop the Mpumalanga side tomorrow is something that remains to be seen. TS Galaxy’s performance has improved dramatically, following the appointment of Mr Owen Da Gama as the team’s head coach early this month.

TS Galaxy brutally crushed Maritzburg United 3-0 at the Harry Gwala Stadium in Pietermaritzburg last Wednesday. They went on to impress the team’s supporters when they unexpectedly held Orlando Pirates to a 1-1 draw at the Orlando Stadium in Johannesburg on Tuesday evening. TS Galaxy were lying in the second-last position before Mr Da Gama’s appointment as the team’s head coach. They moved four steps up the log, following their impressive results in their last two matches.