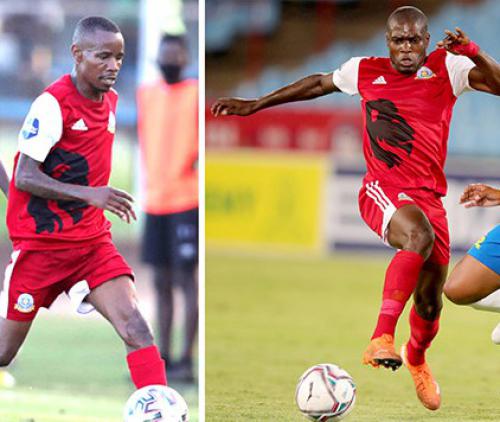 Warning lights are shining for TTM

Things are fast moving from bad to worse in the camp of Tshakhuma Tsha Madzivhandila FC (TTM). Not only did the team lose three league matches in a row, but Vhadau Vha Damani conceded seven goals in their last three matches.

The Tshakhuma side lost 0-3 to Orlando Pirates at the Thohoyandou Stadium last Tuesday. They also lost 0-1 to Lamontville Golden Arrows at the Chatsworth Stadium in Durban last Saturday. As if that was not enough to irritate the team’s enthusiastic fans, TTM suffered another embarrassing 0-3 defeat at the hands of Kaizer Chiefs at the FNB Stadium in Johannesburg on Tuesday evening.

To rub salt into TTM’s already bleeding wounds, the team lost two of their key players through red cards in their last two games. The former Kaizer Chiefs striker, Joseph Malongoane, was given his marching orders in their game against Lamontville Golden Arrows.

TTM played the last seven minutes of their game against Kaizer Chiefs with their hands tied behind their backs. This after the team’s centre back, Alfred Ndengane, saw red for a second bookable offence.

The team will be expected to collect the maximum points in their next league match, despite all the odds. TTM will host Supersport United at the Thohoyandou Stadium on Sunday afternoon.  The team’s head coach, Mr Joel Masutha, said they had no choice but to produce the best results out of the few available resources.

Next Tuesday’s fixtures are: Kaizer Chiefs vs Baroka and Orlando Pirates vs TS Galaxy.