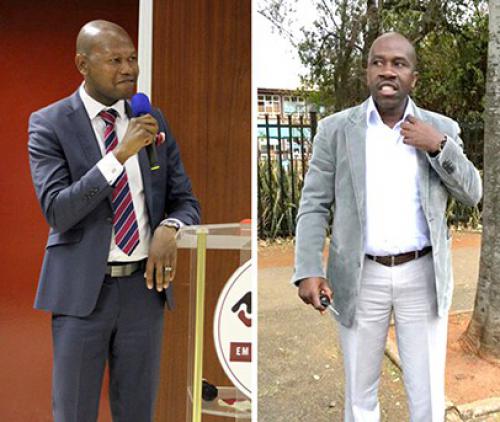 “TTM have not been sold”

“Tshakhuma Tsha Madzivhandila FC (TTM) are not selling their DStv Premiership franchise, not even the shares,” said the club’s communications and marketing manager, Mr Livhuwani Madzuhe. He was responding to media reports that suggested that Vhadau Vha Damani had already settled for a R42m offer from a Pretoria-based medical doctor, Sello Ntsoko.

Some of the reports indicated that the president of the club, Mr Masala Mulaudzi, was tempted to take a R50m offer from a certain businessman. According to the reports, the club’s financial problems are growing bigger each day, prompting Mr Mulaudzi to sell the club’s franchise to the highest bidder. Mr Madzuhe described the reports as a bunch of lies aimed at destabilizing the club.

When asked how those stories originated and if indeed had no substance, Mr Madzuhe revealed that the president of the club, Mr Mulaudzi, had already cleared the air as far back as last year. According to him, Dr Ntsoko was one of the people who were interested in buying their GladAfrica Championship franchise shortly after they had bought their DStv Premiership status from Bidvest Wits.

According to him, Dr Ntsoko had failed to buy the club’s franchise and it was finally sold to the current owners of Sekhukhune United FC. Mr Madzuhe further stated that, after failing to buy the franchise, Dr Ntsoko had come up with another offer to buy the shares for their DStv Premiership club, an offer that had been dismissed.

He stated that Dr Ntsoko had never come back to them thereafter, saying they found it surprising to see such reports mushrooming again. He appealed to the team’s fans not to listen to the fake news. He stressed the fact that the club would communicate with the fans through the correct channels if they wanted to share anything with them.