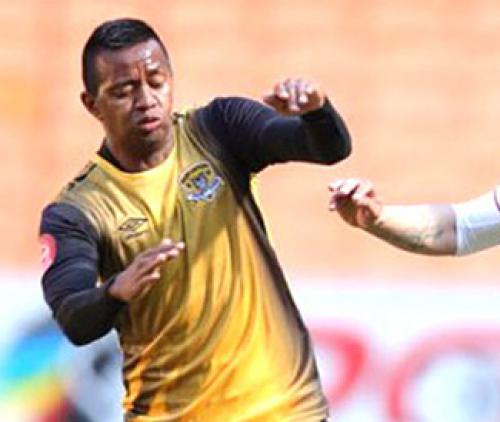 The relationship between Black Leopards FC and the team’s midfielder, Andriamirado Andrianarimanana is something of the past. The club’s chief executive officer, Mr Moudy Mudzielwana, confirmed the breaking news. According to Mudzielwana, the contract of the former Kaizer Chiefs’ player was amicably terminated early this week.

He revealed that the player’s performance was deteriorating with time. “Dax”, as he is known, joined Kaizer Chiefs from Fosa Juniors FC in 2018. He campaigned in the Amakhosi colours for one season before migrating to Black Leopards on a three-year contract. While at Black Leopards, it was discovered that the 30-year-old Malagasy international had not been properly registered with Kaizer Chiefs.

The world’s football governing body, FIFA, found Kaizer Chiefs guilty of misconduct and ordered them to pay a R2,5m fine. Kaizer Chiefs were also ordered not to register new players for two registration window periods. Mr Mudzielwana further stated that although Dax had left Kaizer Chiefs for Leopards in 2019, it seemed like he was mentally affected by what was happening in the Chiefs’ camp.

He revealed that Dax’s foreign spot at the club will be taken by Lesotho international Tumelo Khutlang, whom they could not register with the league at the beginning of the season. During an interview with him, Dax confirmed the move. He repeatedly said that the decision was amicable. Asked about his next move, Dax stated that he was on his way back to his hometown, Antananarivo, Madagascar. He revealed that he would decide about his next stop in the next few months.