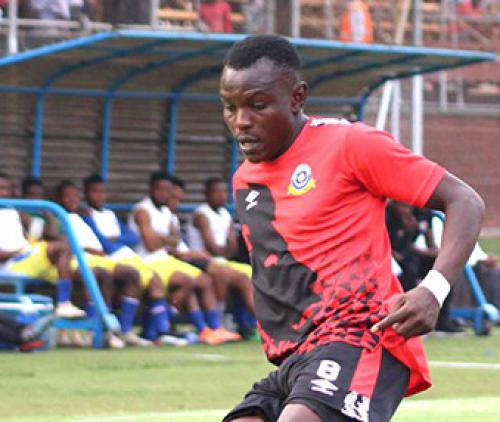 TTM need to dodge this arrow on Saturday

Tshakhuma Tsha Madzivhandila (TTM) did not waste any time after their midweek DStv Premiership League game against Orlando Pirates that was played at the Thohoyandou Stadium on Wednesday evening. They flew to Durban on Thursday morning to start with their preparations for their next league match against Lamontville Golden Arrows that will be played at the Chatsworth Stadium on Saturday afternoon.

The results for their match against Orlando Pirates were not available at the time of our going to print.

A quick glance at the track record of Arrows shows that Vhadau Vha Damani will be lucky if by chance they manage to come back home with a draw. The Kwazulu-Natal side are one of the close contenders for the league title. They are currently lying in the fifth position with 15 points, nine behind the pace setters, Mamelodi Sundowns. Golden Arrows have a match in hand.

TTM were lying in the 11th spot on the log standings with nine points before Wednesday’s match against Orlando Pirates.

The defenders of TTM must keep an eye on the Arrows’ strikers, Knox Mutizwa, Nkosikhona Dube and Thabani Zuke, or else they will concede an avalanche of goals.

On the other hand,  the combination of TTM’s forwards, Thembisani Nevhulamba, Rhulani Manzini and Mpambaniso Monde, will give the Arrows’ defenders a headache if they are not well contained. Nevhulamba scored TTM’s equalizing goal in their game against Cape Town City at the Thohoyandou Stadium last Saturday. Meshack Maphangule scored the first one from the penalty spot.  The final score was 2-2.

Should they fail to collect the maximum points against Arrows, TTM will have nobody to blame.  According to the club’s communications and marketing manager, Mr Livhuwani Madzuhe, their squad has a clean bill of health.

TTM will not come back home after tomorrow’s game. They will wait in Johannesburg and play another league match against Kaizer Chiefs at the FNB Stadium next Tuesday evening, 19 January.