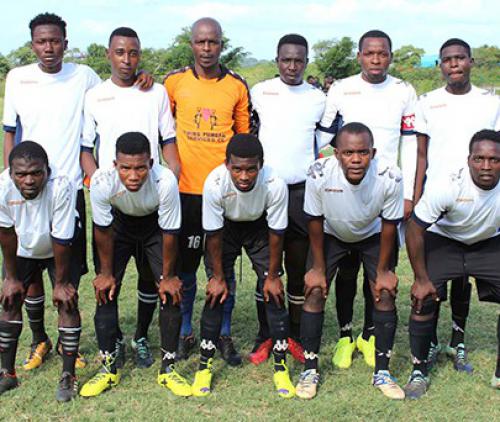 One of the hot favourites for the championship, United Artists.

Saturday's programme will be opened by the game between Phile Managa FC and Mavuma FC and is scheduled to kick off at 09:30. Khakhu Fast Eleven will battle it out against Thongwe FC shortly afterwards. Tshandama Try Together and Maheni Devoted Vultures will lock horns shortly after midday. The day’s programme will be wrapped up by the match between Mulodi Santos and United Artists.

United Artists are one of the hot favourites for the championship. Artists finished their 2019/20 league programme on top of Stream A of the MMK Administrators Soccer League. They failed to make the grade in the regional promotional playoffs, following their 0-1 defeat against Rabali Pull Together in their semi-final game.

The opening match on Sunday will be between Tshilamusi Super Eagles and Lurangwe The Angel. Madzivhanani FC are leaving no stone unturned in their preparations for their match against Makwali FC. Muledzhi Fire Boys are gearing up for a tough game against Mabila FC. This one is scheduled to start at 13:30. Mulodi Freedom Birds will lock horns with Tshikundamalema Waterfall later in the afternoon.

According to one of the organisers of the tournament, Mr Diwi Netshituni, the champions of the tournament will become R7 000 richer, apart from the floating trophy, gold medals and soccer ball they will receive.