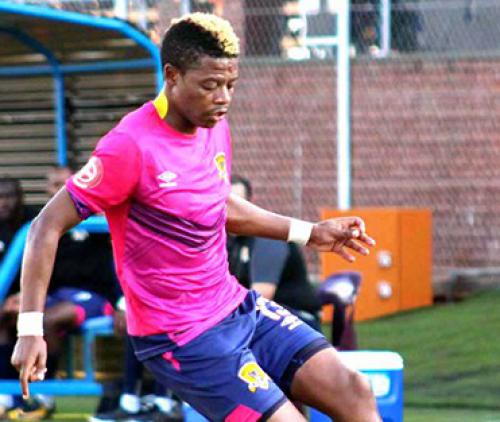 TTM and Black Leopards in mother of all battles

Thohoyandou Stadium will be the best place to be next Wednesday (16 December). That is where the much-awaited DStv Premiership League match between Black Leopards and Tshakhuma Tsha Madzivhandila FC (TTM) will take place.

TTM have won only one of the six league matches they have played to date. Their only win was a 1-0 victory over Baroka FC at the Thohoyandou Stadium three weeks ago. The team’s head coach, Mr Joel “The Prophet” Masutha, is adamant that Vhadau Vha Damani will rise to the occasion and collect the maximum points at the expense of Black Leopards. He repeatedly said that they were working on the strikers’ target shooting after the team shared the spoils in four of the six matches they had played so far.

Mr Masutha said that the presence of the former Kaizer Chiefs winger, Joseph Molangoane, would add value to the team’s striking force. TTM’s midfielder, Meshack Maphangule, will watch the game from the grandstand. The former Black Leopards’ playmaker is still serving his suspension after receiving his marching orders in their game against Chippa United at the Nelson Mandela Bay Stadium in Port Elizabeth two weeks ago.

On the other hand, Mr Dylan Kerr, the newly appointed Black Leopards head coach, is still battling to find a winning combination after joining Lidoda duvha on a three-year contract four weeks ago. Black Leopards played against Kaizer Chiefs at the FNB Stadium in Johannesburg on Wednesday evening. The result of the match was not available at the time of our going to print.

Whether the TTM strikers will have enough strength to break the Leopards’ wall, which is marshalled by Edwin Gyimah, Ethen Sampson and Pentjie Zulu, remains to be seen. TTM have the best goalkeepers in Washington Arubi and Brighton Mhlongo.