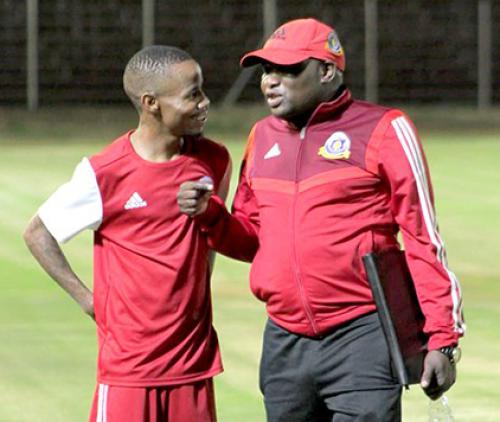 After parting ways with Tshakhuma Tsha Madzivhandila FC (TTM) about three months ago, Joseph Molangoane is training with the team again. The 32-year-old striker was one of the first two players who were presented by Vhadau Vha Damani shortly after the president of the club, Mr Masala Mulaudzi, bought the DStv Premiership franchise from Bidvest Wits FC.

Molangoane was presented with the former Mamelodi Sundowns midfielder, Oupa Manyisa. Manyisa was later let go after he had reportedly failed a medical test. According to the communication and marketing manager of TTM, Mr Livhuwani Madzuhe, Molangoane had had some misunderstandings with the club regarding his contract. Realising that the situation was looking hopeless, Molangoane packed his bags and left the club’s camp.

Mr Madzuhe confirmed that Molangoane has been training with the team for the past two weeks. He further stated that the former Kaizer Chiefs forward would be eligible to play in their next game. TTM will meet Black Leopards in their Vhembe derby on Wednesday next week, 16 December.

Asked about more details relating to Molangoane’s new contract, Mr Madzuhe said that nothing had changed. According to him, the player will continue with his initial contract that he signed before he left. When asked to explain what could have led to the change in situation and the club’s decision to bring the player back, Madzuhe summed up everything by saying that the two parties had sat down and sorted out their differences.

“You know, sometimes people need to sit down and come up with a solution that meets the needs of all parties” he said. When asked to shed some light regarding his sudden change of mind, Molangoane said that the two parties had agreed to forget about the past and to focus on the future, saying he was happy with the new arrangement.