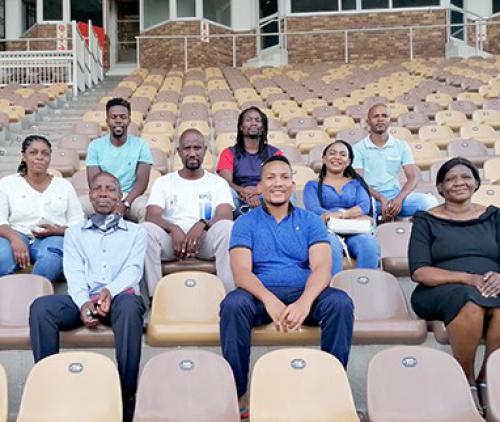 The new LVA executive committee members pose for a photo after the elections. Photo supplied.

The new executive committee for the Limpopo Volleyball Association (LVA) was elected during the association’s general meeting held at the Peter Mokaba Stadium last Sunday. Mr Atang Segodi, the only nominee for the position, was re-elected as the president for the association. Mr Peter Legodi was elected the deputy president.

When addressing the meeting shortly after the elections, the president of the association, Mr Atang Segodi, thanked the delegates from the various regional associations for the trust and confidence they had demonstrated by re-electing him to the position.

He revealed that he was impressed by the fact that women were fast emerging in leadership positions. He further stated that his association was working towards addressing the issue of gender equity. He stressed the fact that equal gender representation would apply in the association’s executive committee when they went for the next elections in four years’ time.