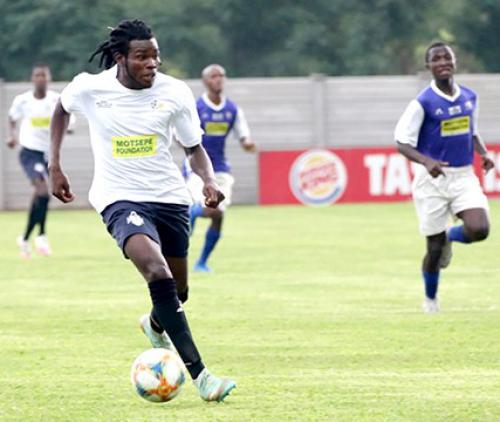 The Vhembe based team, Mikhado FC, representing Limpopo at the national SAFA ABC Motsepe promotional play-offs, were hoping to recover from their 1-0 loss on Tuesday in their opening match played at the Vaal University.

Mikhado FC lost 1-0 to Eastern Cape champions Bizana Pondo Chiefs. Their match was delayed for more than two hours after an official of Mikhado seemingly forgot the players’ registration cards at the hotel. Pondo Chiefs also refused to start with the match because the opposing team played with a similar colour of soccer kit.

The organisers had to scramble around trying to sort out the confusion and the match that was scheduled to start at 10:00, only got underway at 12:30.

Mikhado’s coach, Abel Makhubela, said that losing the first match demoralised both the players and technical staff. He was optimistic that the team would win Wednesday’s match to qualify for the semi-finals. Makhubela said that the players needed to focus on their mindsets.

The two teams which will end up in the first and second position will automatically qualify for promotion to the GladAfrica league.

Mikhado FC played with Mangaung United on Wednesday at 15:00. When going to press the result was not yet known.