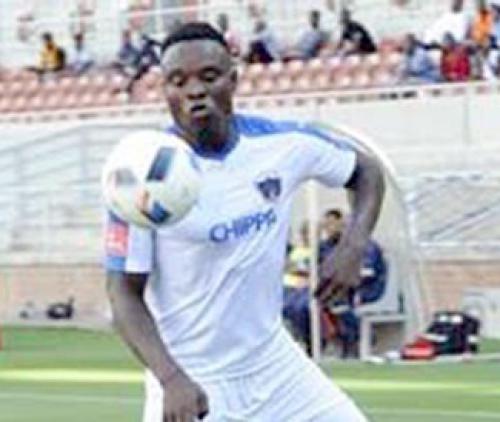 To prove that Tshakhuma Tsha Madzivhandila (TTM) were serious when they said they were in the DStv Premiership League to stay, Vhadau Vha Damani strengthened their striking force by acquiring the services of a vastly experienced striker, Rhulani Manzini.

According to the club’s communications and marketing manager, Mr Livhuwani Madzuhe, Manzini’s deal was concluded on Monday. Mr Madzuhe revealed that Manzini has been training with the team for the past few weeks and that his performance at the team’s training sessions has convinced the team’s technical staff that he would add value to the team’s striking department. What was not clear at the time of our going to press was whether the 32-year-old goal poacher would be part of the team to play against Moroka Swallows at the Thohoyandou Stadium on Wednesday evening.

Manzini’s presence is expected to stabilize the team’s striking force, which is normally marshalled by Lerato Lamola, Justine Shonga, and Thembisani Nevhulamba. Mr Madzuhe said that the team’s performance in their last three games had brought into the spotlight the fact that the striking force needed to be beefed up.

TTM lost 2-3 to Supersport United in their MTN 8 Cup game at the Thohoyandou Stadium. They drew 1-1 with TS Galaxy in their opening league match at the same venue before sharing the spoils with Mamelodi Sundowns in a goalless draw last Wednesday.

Asked whether they had plans to sign more players in the near future, Mr Madzuhe stated that TTM was an ambitious club. He reiterated that they would always respond to the need, should it arise.

Manzini played for several teams, including Jomo Cosmos, Witbank Spurs, Royal Eagles, Chippa United, Platinum Stars and Amazulu, between 2011 and 2019. The Tshakhuma side confirmed the signing of Diamond Thopola and Ndivhuwo Ravhuhali two weeks ago.