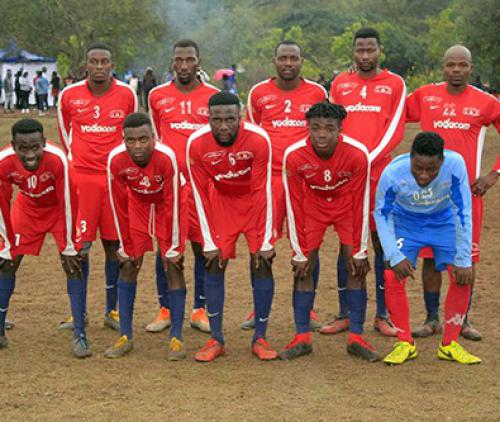 One of the favourites to lift the trophy, Berea FC. Photo supplied.

Mafanya Soccer Tournament now caters for 32 of the best teams

The number of participating teams in the Mafanya Soccer Tournament has increased from 16 to 32.  This after the organizers succumbed to the pressure from teams who showed a keen interest in taking part in the tournament.

According to one of the organisers, Mr Dakalo Ratshitanga, their original plan was to have 16 teams in the tournament. He revealed that the whole plan was amended during a meeting last Thursday. He stated that many uninvited guests had attended the meeting, apart from the representatives from the 16 teams whose affiliation was already confirmed.

Mr Ratshitanga further said that the uninvited guests had pleaded with the organisers to accommodate their teams in the tournament, and, after listening to their representations, the organising committee finally succumbed to their request.

Eight matches were played at the Tshanzhe Grounds over the past weekend. Teams that had secured places in the last-16 stage of the tournament are: Tshikundamalema Waterfall, Musasenda Big Five, Tswera Hot Chillies, Khubvi Dangerous Darkies, Anel Real Vikings, Mulodi Freedom Birds, Thengwe Flying Peace and Tshikundamalema Lurangwe FC. Four matches will be played tomorrow, while the same number of matches are scheduled for Sunday.

Dipeni FC, Anel Real Vikings, and Berea FC are the hot favourites to win the tournament.

A local businessman, Mr Sydney Mafanya, after whom the tournament is named, will sponsor it.