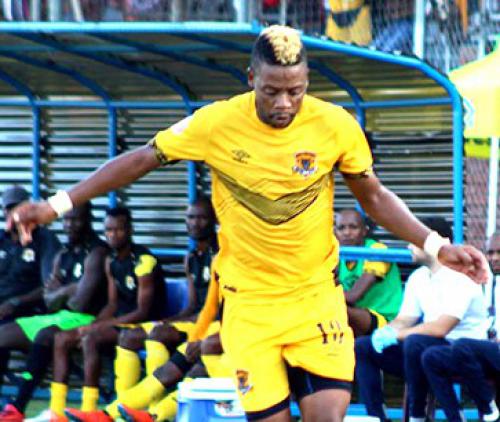 Leopards and Baroka in Limpopo derby

Black Leopards will travel back home immediately after their league game against Supersport United that will be staged at the Lucas Moripe Stadium outside Pretoria tomorrow evening to start their preparations for their Limpopo derby against Baroka FC, which is scheduled for next Tuesday evening at the Thohoyandou Stadium.

Black Leopards and Baroka escaped the relegation axe by a whisker last season. Whether Black Leopards will be able to exact sweet revenge for what Baroka did to them last season remains to be seen. Leopards lost 1-2 to Bakgakga in their league match and suffered the same defeat again in their Nedbank Cup last-16 match.

Leopards lost a number of key players, including Lesedi Kapinga, Joseph Mhlongo, Robert Ngambi, Tswarelo Bereng, Mogakolodi Ngele and their Zambian killer striker, Mwape Musonda, at the end of last season. The players who will be expected to keep the Leopards’ fire burning this season include Isaac Masia, Pentjie Zulu, Tiklas Thutwa, Lifa Hlongwane and the Lesotho international, Tumelo Khutjang.

Mr Patrick Aussems, the Leopards’ head coach, is adamant that Lidoda duvha will surprise many this season, despite all the odds. On the other hand, Baroka are still battling to put their house in order after putting the team’s head coach, Mr Dylan Kerr, on suspension last month.

The other match that will also be played on Tuesday evening will be between Chippa United and Kaizer Chiefs.

Tshakhuma Tsha Madzivhandila (TTM) will pay a visit to Mamelodi Sundowns in one of the six matches that will be played next Wednesday, 28 October. The other Wednesday fixtures are: Maritzburg United vs Cape Town City, Orlando Pirates vs Stellenbosch FC, Golden Arrows vs Supersport United, Moroka Swallows vs Bloemfontein Celtic and TS Galaxy vs Amazulu.