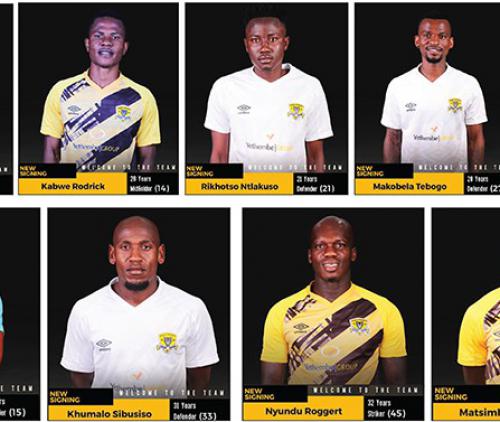 Black Leopards are confident that they have assembled a solid squad that will restore the team’s lost pride this season. This was said by one of the directors for the club, Mr Tshifhiwa Thidiela, during the club’s media conference at the Southern Sun Hyde Park Hotel in Johannesburg on Wednesday morning.

Rodrick Kabwe was playing for Ajax Cape Town last season. Ononogbu played for Tshakhuma Tsha Madzivhandila for two seasons before migrating to the GladAfrica Championship side, JDR Stars, in January this year. Sibusiso Khumalo’s contract with TS Sporting expired at the end of last season. He played for several PSL teams before moving to TS Sporting at the beginning of last season.

Roggert Nyundu is a familiar name in the Black Leopards’ family. The 32-year-old striker played for Lidoda duvha for two seasons while they were still campaigning in the National First Division.