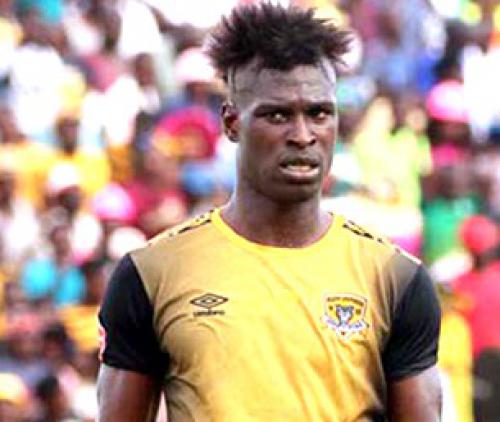 Black Leopards player Edwin Gyimah may have apologized to the club in writing for his bad conduct, but the apology does not seem to be good enough for the club to let him go unpunished.

According to the director of the team, Mr Tshifhiwa Thidiela, it is just a matter of time before the Ghanaian defender appears before the club’s disciplinary committee to give answers for his unbecoming conduct.

Gyimah’s case relates to an incident that took place during Lidoda duvha’s last league game against Mamelodi Sundowns at the Lucas Moripe Stadium outside Pretoria on Saturday, 5 September. According to Thidiela, Gyimah requested the technical team to replace him towards the end of the first half. The technical staff did replace him, despite the fact that he had not furnished any reason for his request.

According to reports received, Gyimah had left the stadium before the end of the game and gone to his hotel room where he had allegedly collected all his belongings and left the place. According to Thidiela, Gyimah’s whereabouts were not known to the club after his disappearance from the camp as his cellphone was always on voicemail. Black Leopards were forced to play their promotion/relegation matches without him.

Thidiela said that Gyimah had resurfaced and apologised to the club in writing about three weeks ago. He further stated that commenting about Gyimah’s future at the club was difficult for him as the matter was in the hands of the club’s disciplinary committee.

He revealed, however, that Gyimah has been training with the team ever since he resurfaced. Thidiela said that he did not know what steps the league would take against Gyimah, following his unbecoming behaviour.

The club notified the league in writing about Gyimah’s disappearance two days after the shocking incident took place. According to Thidiela, the league was likely to charge Gyimah with bringing the game into disrepute.