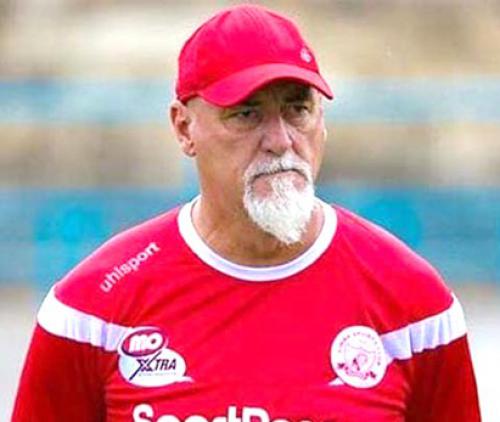 Black Leopards will be under the guidance of Mr Patrick Aussems when the activities for the new DSTV Premiership soccer season start in a few weeks’ time, bringing to an end weeks of speculation.

The club’s spokesperson, Mr Berry Ramunenyiwa, made an announcement regarding the appointment of the Belgian national to the post of the team’s head coach on Monday.

Following the announcement, many soccer fanatics started to ask questions regarding Mr Aussems’ football history. A quick glance at his curriculum vitae shows that Mr Aussems is a well-travelled man. Born at Moelingen Township in Belgium on 6 February 1965, Mr Aussems played football for a number of amateur teams before turning professional way back in 1981.

He played for several professional teams, including RSC Vise FC, Standard Liege FC, FC Gent and RFC Seraing, in his home country between 1981 and 1993. His coaching career started two years later. The first club to appoint him as the team’s head coach was Saint Louisienne FC. He guided 13 teams around the globe to success during his 28 years as a coach.

The last African club to appoint him as head coach was Simba FC from Tanzania, where he worked for one season. He parted ways with the Tanzanian side at the end of the 2018/19 soccer season and went back home to Belgium. Although his appointment at Black Leopards took effect yesterday, 1 October, Mr Ramunenyiwa revealed that the 55-year-old mentor was likely to land in the country sometime next week.

Mr Ramunenyiwa further revealed that Mr Aussems was busy sorting out his travelling documents, a process that he said was likely to take about two weeks because of the Covid-19 regulations in Belgium. He repeated that, after scrutinizing his CV, the management was convinced that they had appointed the right man to the post.

He revealed that they had entered into a three-year contract with Mr Aussems. Mr Aussems takes over from Mr Alan Clark, who resigned from the position about two months ago. Mr Ramunenyiwa further stated that Mr Morgan Shivambu would continue to work as assistant coach while the management was still to decide on the future of Mr Mongezi Bobe. Mr Bobe was the head coach of the Multichoice Diski Challenge team last season.