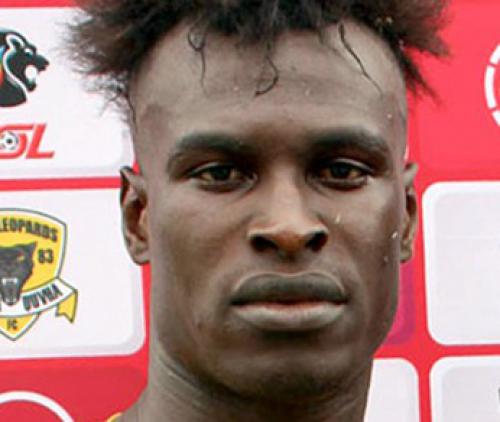 Will Leopards' “bad boy” return to the team?

Gyimah made news headlines when he requested the team’s technical staff to replace him in their final league game against Mamelodi Sundowns. After his replacement, Gyimah is said to have left the stadium before the end of the game and gone to his hotel room. He reportedly collected all his belongings and left the place.

According to the club’s brand manager, Mr Tshifhiwa Thidiela, all efforts to locate the player bore no fruit as his phone was off all along. His disappearance resulted in the team’s playing all their promotional playoff matches without him.

Thidiela revealed that they had received a letter from the Ghanaian international on Monday. Mr Thidiela stated that, in the letter, Gyimah apologised for his unbecoming conduct.

Asked what action they were going to take against the player after receiving his apology, Thidiela stated that speculation about Gyimah’s future at the club would be premature. He said the matter would be tabled at the management meeting and that an announcement would be made soon after the meeting.

Mr Thidiela repeated that they had written a letter to the league, notifying them about Gyimah’s disappearance from the bio-bubble immediately after the incident. When asked whether the club might treat Gyimah’s case in the same way as that of the prodigal son in the Bible, Mr Thidiela stated that Gyimah’s case had some complications. He stated that not only had Gyimah violated the club’s code of conduct, but he had also brought the league into disrepute through his bad behaviour. He stressed the fact that nobody could leave the bio-bubble before the end of the league programme in terms of the government regulations.

According to Thidiela, Gyimah is still contracted to the club for the next four years.