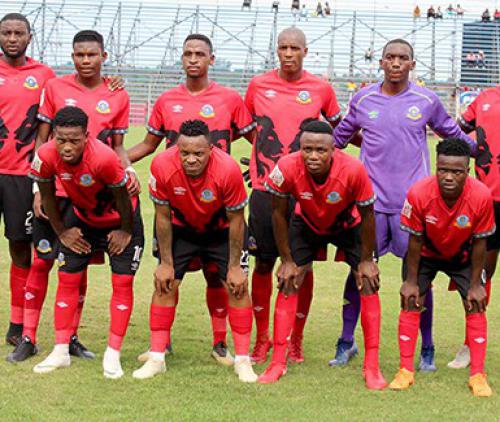 Vhadau Vha Damani out of race for promotion

Following their 1-5 defeat at the hands of Ajax Cape Town in their promotion/relegation match at the Stuur Park Stadium on Tuesday afternoon, Tshakhuma Tsha Madzivhandila (TTM) are now out of the race for promotion to the Absa Premiership Division.

As if they were going to bury the Cape Town side alive, TTM were the first to find the net. Thembisani Nevhulamba scored TTM’s solitary goal in the 11th minute. Ajax fought back in the last stanza.

Asked what could have gone wrong with the team in the last half, TTM’s head coach, Mr Lucky Nelukau, said that the players had abandoned their initial playing pattern and started to play defensive football in the second half.

“That is where we committed suicide as we invited the opponents by abandoning [our] positions and packing ourselves at the back, as if victory was already certain,” said Nelukau. When asked about his plan for their last match against Black Leopards, Nelukau, who could not hide his frustration over the phone, said that Lidoda duvha should not expect a walk in the park.

TTM and Leopards will lock horns at the FNB Stadium next Monday, 21 September. Nelukau revealed that pride was at stake in their match against Black Leopards after they lost their first three matches. He revealed that the players would have a point to prove and that they would be fighting with the aim to impress the scouts from the Premiership Division as the game would be televised live.

Mr Nelukau’s counterpart from the Ajax’s camp, Mr Calvin Marlin, was singing the praises of his players after the game. He was quick to mention that the victory had revived their promotion hopes. Ajax are now leading the pack. They are tied with Black Leopards on six points. He stated that their next assignment was to beat Black Leopards this afternoon (Friday) and wait for the results of the match between TTM and Leopards on Monday.